Zayne couldn’t help but smile as the smell of the sizzling garlic wafted up from the stove beside him.

It was such a simple thing to find joy in — the smell of garlic. Yet he always did. The smell of garlic, the sound of clanging pots, the feeling of warmth radiating from the stove… To Zayne, there was nothing like it. No matter how many years passed, he never tired of being in the kitchen. And he doubted he ever would. 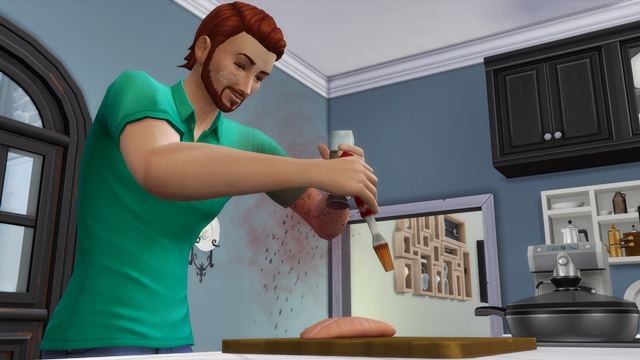 Zayne was so caught up in preparing dinner for his family that he nearly jumped at the sound of the phone on the counter ringing. Probably a telemarketer… Few people ever called the Rosebrooks’ landline, except those looking to sell them something or scam them out of money.

He sighed softly as he stepped away from the stove to glance at the caller ID. The only landline phone in the entire house happened to be the one sitting on the kitchen counter, so the responsibility of screening the call automatically fell on him.

His brow furrowed in confusion as he realized that the name on the screen was one he recognized — the drug store where his daughter worked. Must be Harper… Wonder what’s up. The whole situation made Zayne feel uneasy before he even answered. Why would she be calling their home number? And why was she using her work’s phone instead of her cell?

Zayne pressed the button for speaker phone. “Hello?” He said uncertainly as he got back to work by the stove.

“Hi, Mr. Rosebrook.” To his surprise, it was not Harper’s voice who addressed him, but another familiar voice he had not heard in quite some time.

“Nyla?” Zayne asked as he continued chopping up some vegetables to add to the pan. “What’s up?”

“Sorry to bother you… My boss wanted me to call.” Nyla explained apologetically. “One of our coworkers is really sick, so he’s going home early. We were wondering if Harper could come in for a couple hours to cover the rest of the shift?” She paused for a moment before continuing. “I know she doesn’t usually work Saturdays, but we’re really in a bind right now…”

Zayne nearly dropped his knife as the meaning behind her words finally hit him. “What?” He asked softly, drawing closer to the phone as he spoke. “But… Harper…” She’s already at work today… isn’t she?!

“Is she home?” The girl’s voice asked hopefully. “She didn’t answer her cell… And normally I would’ve just left it. But we’re like, super desperate.” Nyla continued almost guiltily.

His throat felt so dry, it was almost a struggle to reply. “She’s… She’s not home. Sorry.” He said at last. “You said… She doesn’t work on Saturdays? Never?” 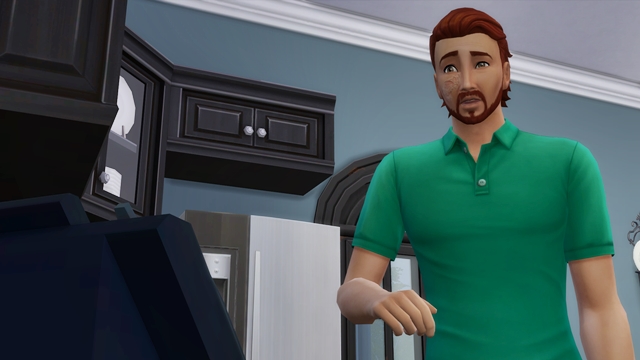 “Yeah, that’s why I feel so bad about calling.” She replied. “If you hear from Harper before like, six, can you ask her to call the store? And we’ll try to find someone else for now.”

“Sure, Nyla.” Zayne replied weakly. “Thanks.” 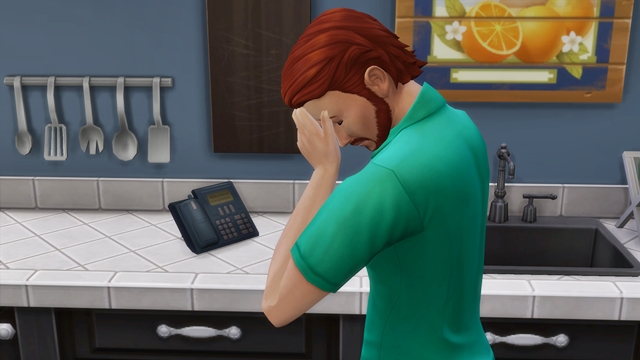 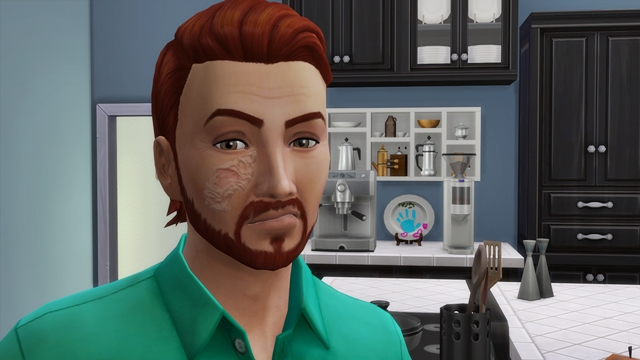 He ignored his wife’s request, continuing to pace back and forth across the living room. “How the hell could she do this?” Zayne asked for what felt like the thousandth time. “What’s gotten into her lately?!” 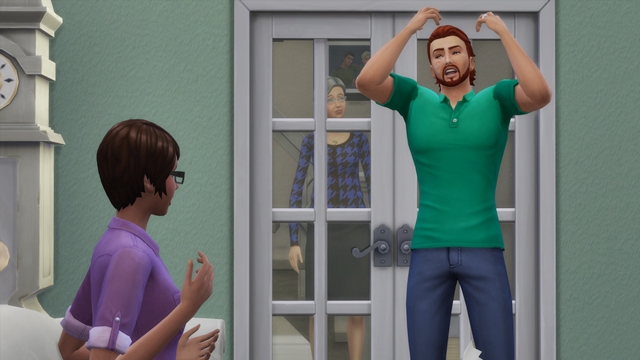 “I know, honey. Believe me.” Hope replied gently. “This is… bad.” She admitted. “And we’ve gotta do something about it. But you’re starting to stress me out even more… Please sit down?” She asked again.

With a bit of reluctance, Zayne finally took a seat beside his wife. Harper would be home from her “shift” any minute, and he was already struggling to figure out what he was going to say. Where could he even begin?

“We are driving her to work from now on.” Zayne fought to keep his voice steady as he spoke. “Dropping her off at the front door. Hell, walking her in if we have to!” 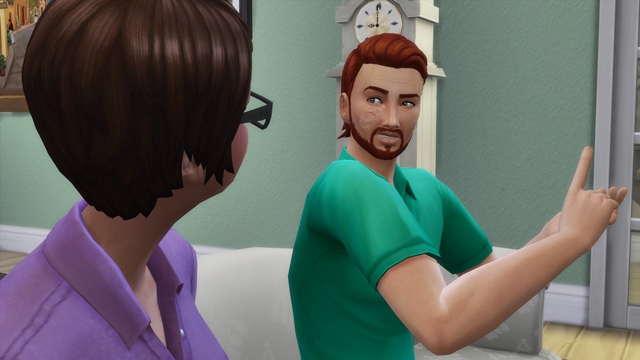 Beside him, Hope nodded slowly in agreement. But before she could reply, a soft, gravelly voice reached their ears. “No, you’re not.”

“Tante Joce?” Zayne looked up toward the living room door in surprise. “How long were you standing there?”

The old woman shrugged as she made her way toward the couch. “Long enough.” Jocelyne replied. “And the both of you really need to think this through before you do something you’ll both regret.” 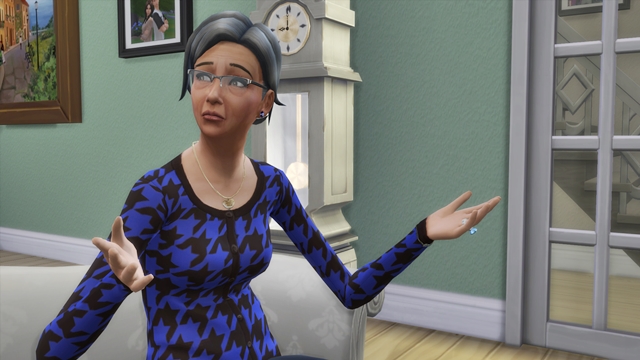 Zayne sighed. This was the same sort of lecture his aunt always loved to give him. “What else are we supposed to do?” He asked. “Did you hear what she’s doing this time?”

She nodded sadly. “Sneaking off to go see that boy…” Jocelyne paused for a moment. “But honestly? None of us should be surprised this happened.”

“I know I’m not.” Hope confessed, turning toward her mother-in-law. “But I agree with Zayne… We can’t let Harper keep up all this lying and going behind our backs. It’s not like her. We need to do something about this.”

“You’re right.” Jocelyne agreed. “Harper can’t keep lying to you like this. And you do need to do something… You need to sit down and listen to your daughter.” She said seriously. “And she needs to listen to you too. You need to meet halfway on this. You need to support her, not push her away. Because I hate to say it, but that’s exactly what you’re doing.”

Zayne just shook his head. Why couldn’t she understand? “Tante Joce, I appreciate the advice. But I don’t think you really get it.” He explained gently.

“Oh, I think I do.” She assured him. “Or have you already forgotten what your Opa told you all those years ago?” Jocelyne asked before turning her gaze toward her daughter-in-law. “Hope, I don’t know if Zayne ever told you this… But he made a promise to my Papa before he passed away. Back when Harper was really little… Maybe three years old?” Jocelyne turned her eyes back to her nephew. “Do you remember what that promise was?”

He nodded slowly. How could he ever forget his grandfather’s words?

“Just… promise me you’ll be there for Harper, Zayne. Don’t judge her. Don’t turn your back on her. Support her no matter what. Never let her forget how much you love her.”

“I promised I wouldn’t turn my back on Harper.” He replied at last. “That I’d always be there for her…” Zayne paused for a moment. “But that’s what I’m doing! I’m helping her stop all this nonsense before it’s too late!”

“You thought you were helping.” She corrected him. “But if she’s still going behind your back like this, you haven’t helped, honey. Not one bit.”

Zayne sighed, torn between sadness and frustration. “Tante Joce… You remember what happened to me, don’t you?” He asked softly. “Back when I was Harper’s age…”

“Of course I do.” Jocelyne smiled sadly at him. “How could I ever forget?”

“Then you know why we can’t just go along with this.” He explained. “I’d like to think Harper’s a hell of a lot smarter than I was, but…” Zayne shrugged, memories of his time running drugs for Eun suddenly so fresh in his mind. “I just don’t want anything bad to happen to her.”

“Neither do I.” His aunt agreed. “And I’m not expecting you two to go as far as I did back then. I know it was a mistake… But so is what you’re doing right now. All you’re doing is pushing her away, right toward everything you’re trying to protect her from.” Jocelyne’s voice was gentle, but firm.

Zayne opened his mouth to reply, but stopped himself. He hadn’t gone to therapy in years, but he still remembered the advice Dr. Hall gave him about communicating. Listening to others. So that’s what he tried to do.

She had a point, didn’t she? Forbidding Harper from seeing Erik had done nothing but push her right back into his arms… And if they continued to try to bar her from seeing him, what would she do? Probably just find another way to go behind our backs. More lies. More secrets… 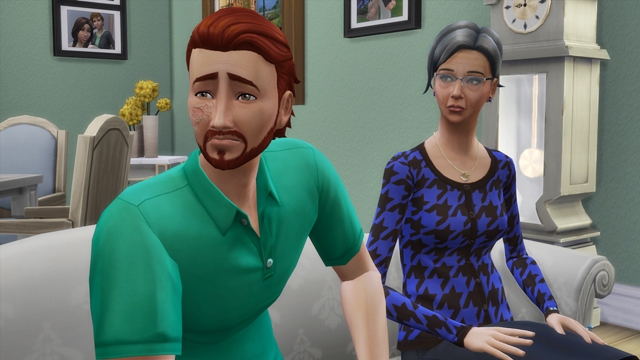 While Zayne continued considering his aunt’s words, his wife finally broke the silence.

“I understand what you’re saying, Joce.” Hope assured her. “But this is all so much easier said than done… She’s our daughter. We want what’s best for her. We don’t want her around someone who’s such a dangerous influence on her… Surely you understand that.”

Jocelyne nodded. “I’ve been in your shoes before, trust me. I know how hard it is. But… I’ve been in Harper’s too. And she really needs both of you right now. But not to scold her or shame her for what she’s doing…” She shook her head. “She just needs you to listen. You don’t have to like what you hear. You don’t have to agree with her. But you need to respect her side of things.”

At last, Zayne seemed to have found his voice. He took a slow, deep breath before speaking. “You’re right.” He said at last. “I know this probably isn’t what Opa wanted. And the last thing we wanna do is push Harper away. But… Hope’s right too. This isn’t as easy as you’re making it out to be. I’m not sure how much we can really let slide on this whole thing.” He paused for a moment, sighing in frustration. “I mean, drugs? Partying? Sneaking off with some older guy? She’s still a kid, Tante Joce.”

“Not for much longer.” She reminded him.  “I’ve been trying so hard to step back and let the two of you handle this. But the fact is, Harper turns eighteen in less than two months… You’re running out of time.” 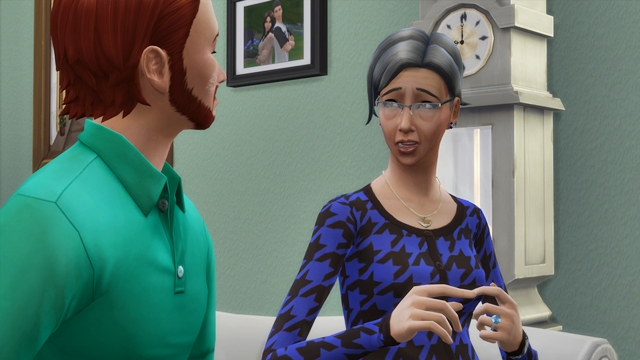 The thought sent a sickening wave of panic rushing through Zayne’s stomach. His baby girl would be an adult in no time. It was a fact he’d been too afraid to face until now. And judging by the look on his wife’s face, so had Hope. It was so easy to forget what turning eighteen would mean for their little girl… If they could even still call her that.

“Shit. She’s right.” Zayne turned to face his wife. “Pretty soon, it won’t really matter what we think, will it?”

His wife shook her head.

“We can’t keep letting things escalate like this…” He admitted as the panic in his stomach churned and bubbled unpleasantly. “Shit, we’re losing her already, aren’t we?”

“Hey, it’ll be okay. We’ll try talking to her, as soon as she gets home.” Hope promised. “And we’ll… we’ll figure something out.” She sounded anything but confident.

“What a fucking mess…” Zayne muttered. How had any of this happened? How, in the span of less than six months, had his little girl changed so much? “I just hope we’re not too late…” He glanced hopelessly toward his aunt for a moment.

Jocelyne sighed sadly. “Me too, honey. But right now, all you can do is try.”