Early chapter this week to make up for being so late recently! Gonna try for an early-ish one next week too, but I can’t make any promises that it won’t go back to longer waits after that… gonna try my best though!

Also, there is a NSFW screenshot ahead. Now on with the chapter 🙂 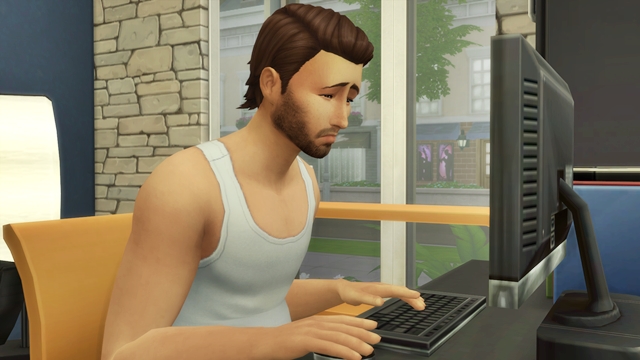 I know I’ve made my share of dumb mistakes in my life, but this has gotta take the cake. Maybe even the whole bakery (does that metaphor even make sense? I have no idea. My brain isn’t functioning properly right now, okay?) 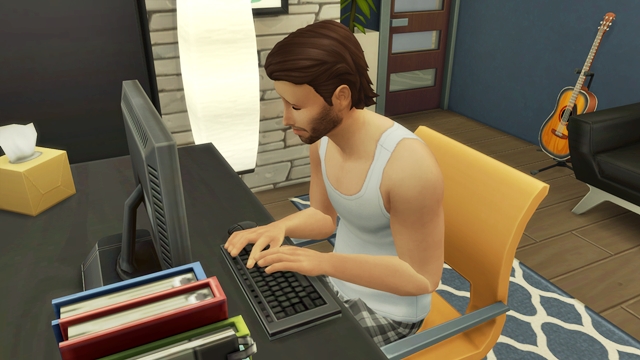 I thought I was being a good friend by telling Ollie he could stay at my place last night. His flight was cancelled til this morning, and his hotel was all the way out near where his ex-wife is living now… It didn’t make sense for him to go all the way back there, right?

Or maybe I was just making excuses. Maybe deep down, I knew what I was doing. I honestly can’t even say for sure. 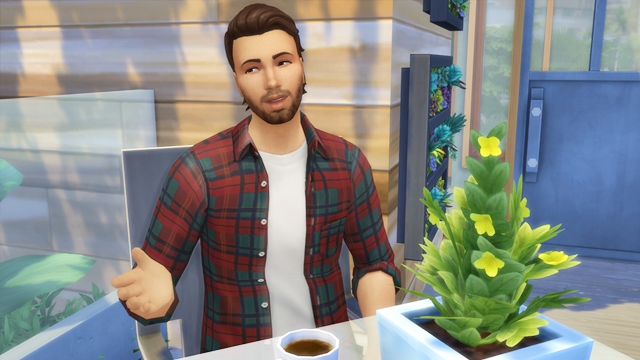 But what I do know is that it was the stupidest thing I’ve ever done in my entire life, because it put me in a fucking impossible situation.

It started out absolutely perfectly. We spent the whole day together, just like we used to back in high school. It felt just like old times…

But I guess in the end, it was too much like old times. I don’t know if it was the beer or the nostalgia or… something else… but something came over both of us. And it was fucking terrifying. 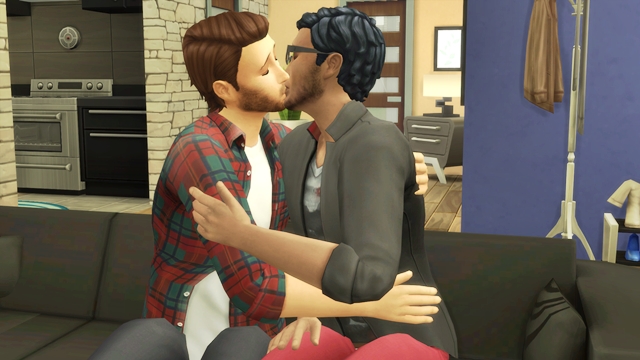 We were both pretty freaked out, in a way. I don’t think either of us was expecting it. But he definitely seemed more spooked than I did.

I knew it was an absolutely terrible idea, obviously. But there was part of me that was almost happy about it. And I mean, can you blame me? I hadn’t had sex in three fucking years (okay, scratch the ‘fucking’ part because, well, that’s the point right?), and I haven’t been in a relationship for five! Do you have any idea how pathetic and lonely my life is now because of that?

And then to have my ex-slash-former-best-friend come back into my life, newly single and looking hot as hell… What would you expect to happen? How else was I supposed to feel?

Of course, feelings aside, I’m also smart enough to know what a horrible idea it would be to let things go any further. Like I said, I’m a pathetic lonely mess, and from the looks of it, so is Ollie. I tried convincing him we could mess around a little without any feelings getting in the way, but I knew that was bullshit the second I said it. And so did he. We both knew we were just asking for trouble if we actually went through with him spending the night. 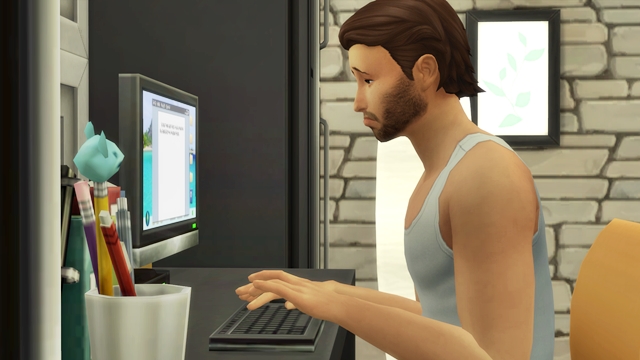 And as much as I wanted to beg him to stay… I dunno. It felt like no matter what I did, I’d be making a mistake. Or rather, I’d already made one by asking him to come over in the first place. I seriously had no clue what I was gonna do.

And apparently it took me too long to figure it out. I honestly hadn’t even fully made up my mind before he was walking out the door. I still didn’t have a clue what I wanted, but Ollie went ahead and made the decision for me.

Until he changed his mind, anyway.

Penny and Lily both would’ve been basically pissing themselves. It was just like a scene in the cheesiest movie you can imagine. He’d been gone for what? Like two or three minutes, I think? Then there was a knock at the door.

And I already knew exactly who was gonna be standing on the other side. 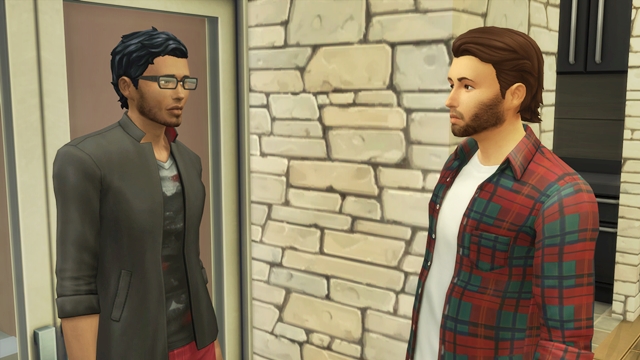 I don’t remember what he said. But it wasn’t much.

I remember what came after though. Clear as day.

And holy shit. I wish I could say it was terrible or something. That it was the worst sex I’d ever had. That’d be a good punishment for our stupidity, wouldn’t it?

But that’s the problem. It was amazing. A little awkward too, obviously, given the circumstances.

Plus, Ollie told me afterward that he hadn’t been with another guy since college. And, well, to be completely honest, I could kinda tell. But trust me, it didn’t matter. It was exactly what both of us needed, I think. 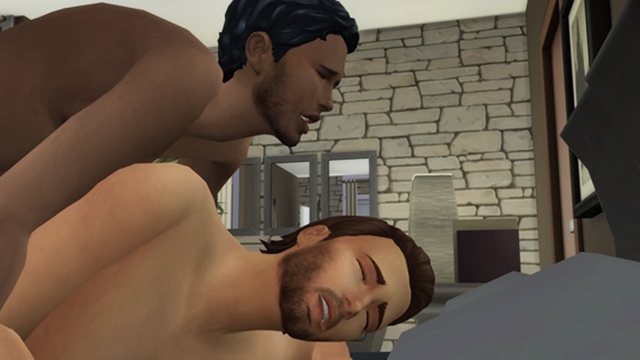 Or at least, I know it’s what I needed.

Unfortunately, I also know it was completely fucking stupid. There’s no going back from what we did. And much as I’d love to say it didn’t mean anything… Fuck.

Told you I was an idiot. 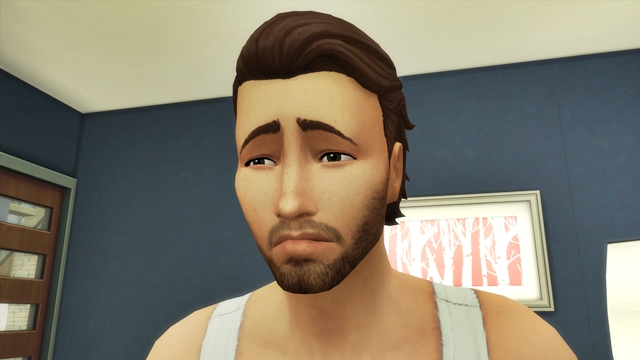 I barely slept last night. Ollie fell asleep pretty quick, but I was just laying there for a long time, wishing I could take it all back and get a do-over on the whole damn day. But I can’t. Add ‘time machine’ to the list of shit someone SERIOUSLY needs to invent.

So yeah, last night was both incredibly amazing and the biggest mistake of my life, all wrapped in one. And this morning was just… awkward.

I made him some coffee before he headed to the airport, and we didn’t really say a lot to each other. Not til it was just about time for him to leave.

I don’t remember it all word-for-word, but essentially he thanked me for letting him stay, but also apologized for coming back last night. He knows just as much as I do what a shitty idea this was. I told him to stop being sorry — it was my fault just as much as his, after all. Either one of us could’ve stopped it. Hell, we even tried to. But in the end, we gave in.

Anyway, I waited til he was literally walking out the door before I did it — I asked him the question that had been literally keeping me up the whole damn night.

What does this mean? 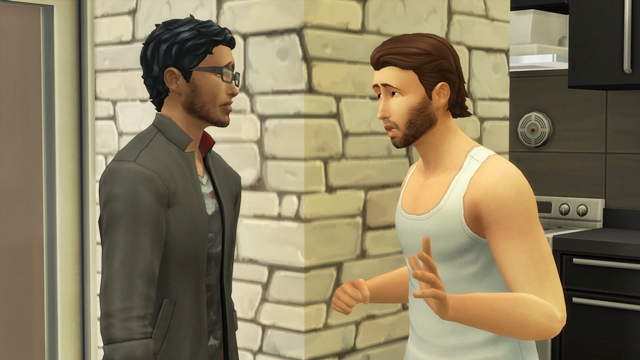 At least he was honest. 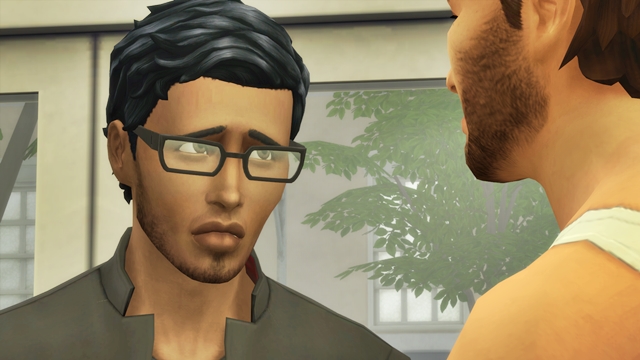 Then he gave me a hug — a really long one that brought back a lot of the same feelings I had last night. I almost didn’t wanna let go. But I knew I had to.

Then he left. I stood in the doorway and watched him drive away.

Then I came in here and turned on the computer. And, well… Here we are. I just had to get this all out there as soon as I could. I knew it’d drive me crazy if I didn’t.

So at this point, who knows what’s gonna happen between us, if anything? I sure as hell don’t. And Ollie doesn’t either.

I’m sure it sounds like I’m being way too negative about all this. I should be happy, in theory, shouldn’t I? I’ve spent years missing Ollie and wanting him back in my life. And in my heart, if you wanna get cheesy. And in my, uh, somewhere else, if you wanna get graphic… (Sorry, that was awful. But I’ve gotta lighten the mood somehow, right?)

Anyway, the point is, after last night, there’s finally a chance that I could have all of that back again. And I never thought I would.

But the thing is, I always thought that if by some miracle it did happen, we’d do it the right way, you know? And I’m pretty sure a desperate, rebound hookup doesn’t exactly qualify. ‘Cause that’s exactly what it was — I was lonely and desperate, and he was looking for some sort of rebound after his divorce.

We went from zero to sixty in like two seconds instead of pumping the breaks like we should’ve. And, if I wanna stick with that lame car metaphor, there’s really only two ways this could go now: Either we go racing across the finish line to victory, or we crash and burn.

If his job interview goes well, he’ll be out here for good soon enough. And then… we’ll see. I’m not feeling great about this whole thing, but I’m also trying not to let myself worry about it too much now. Like I said, I don’t have a time machine. I can’t go back and change anything that happened.

So I guess at this point, all we can do is grab the steering wheel and hope for the best.