Note: SURPRISE! I could not resist the siren’s call of two updates a week! Haha I’d gotten over a month ahead, and decided to just sorta go for it. There’s the chance that this could backfire horribly and I run out of chapters soon and have to go back to one a week, but I’m really hoping that won’t be the case for a while!

I’ll keep you guys updated (and not spring a schedule change on you unannounced like this again, I promise! 😛 ) So, for the time being, Wednesday and Saturday are both my update days again. Thanks, guys!

“It’s not as tall as her Emmy, but way heavier for sure.” Oliver said excitedly between bites of his lunch. Because they were in different classes, Asher hadn’t seen his friend all morning, and he’d been talking non-stop about his mother’s award since the moment he stepped into the cafeteria. Many of the other students sitting around them seemed to be trying to listen-in, but Oliver ignored them, keeping his eyes fixed on Asher as he spoke. “And it’s so shiny! Mom put it in the display case right between her Emmy and her Golden Globe, and it shines way more than they do. It’s so cool!” 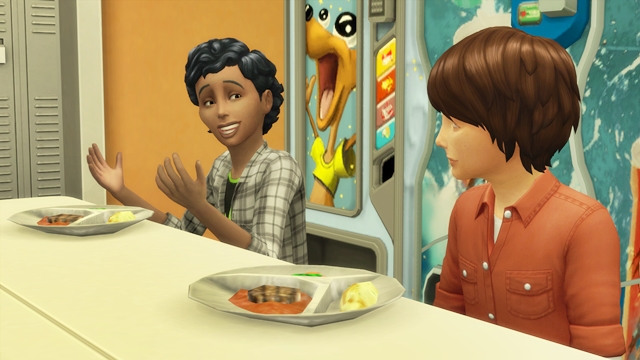 Asher tried very hard to smile. “Yeah, really cool.” He agreed weakly. Oliver was usually so down-to-earth, and rarely bragged about his mother’s fame. But he still had his moments. And, as predicted, her Oscar win had brought on another one. “Hey, speaking of cool…” Asher’s eyes lit up as he figured out a way to change the subject. “Wanna play some more Bloodwatch tonight? We gotta do our rematch!” 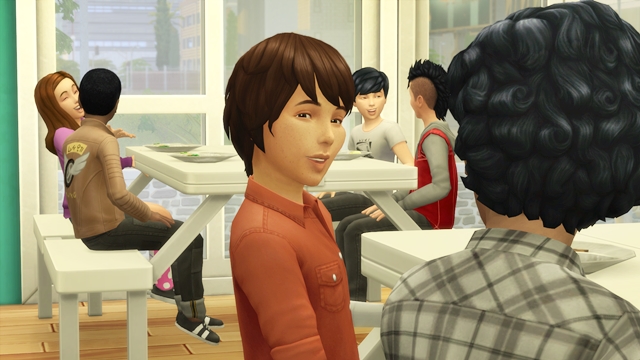 “Sure!” His friend replied happily. “We can even play in person, maybe… I asked Mom this morning if you could come over for dinner tonight and she said it was okay! I really hope your mom and dad let you come. Mom even said she’d let you hold her Oscar, if you want to. You’ve gotta see this thing in person. It’s epic!”

Jeez, why won’t he shut up about that stupid award already! We get it, your mom’s a stupid fake Hollywood actor everybody loves. Asher thought bitterly, his jealousy and anger soon mingled with guilt at thinking such things about Callie. He really did like her. But that didn’t make this whole thing any less annoying. 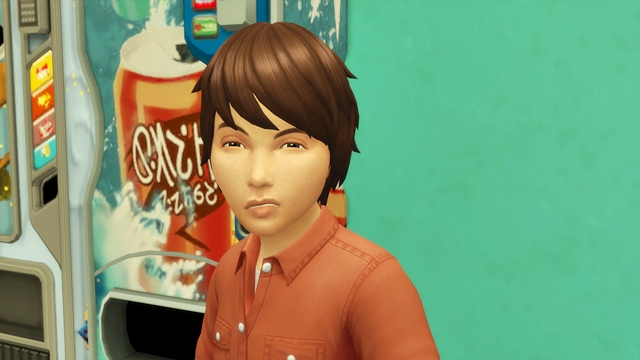 “I might be busy with my science fair project…” Asher tried his best to mask the true reason for his hesitation — that he had no interest in having Callie’s Oscar shoved in his face. “But I can ask, I guess.”

Oliver’s face fell at his friend’s words, and in that moment, Asher knew that Oliver had seen right through him. “Sorry, I should probably shut up about it.” 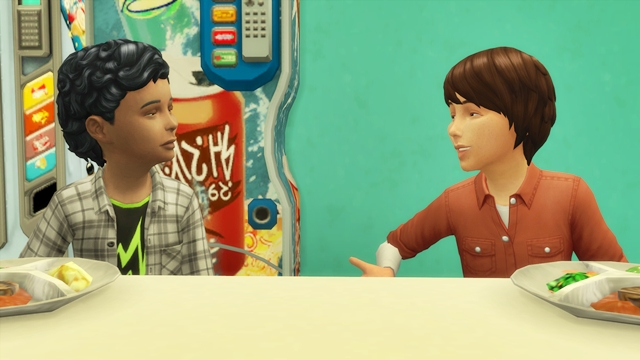 Oliver nodded. “She said so this morning.”

“But Winter Moon is the movie that beat my mom… And isn’t that the same movie your mom just won her Oscar for?”

His best friend shrugged. “Just because she was in it doesn’t mean she doesn’t know your mom’s costumes were better. She said your mom was ‘robbed’. And she’s right!”

This validation from Oliver and his mother helped make Asher feel a bit better, in spite of himself. “Yeah, it’s stupid. But whatever. It’s not a big deal, right? My mom doesn’t need some dumb award to know she’s awesome.” He smiled, echoing his father’s words from the night before.

“Definitely. My mom didn’t win the first time she was nominated either, remember? And she’s still the best actress ever, so…” Oliver shrugged, grinning. Asher felt a rush of warmth when he saw the familiar smile back on his friend’s face. 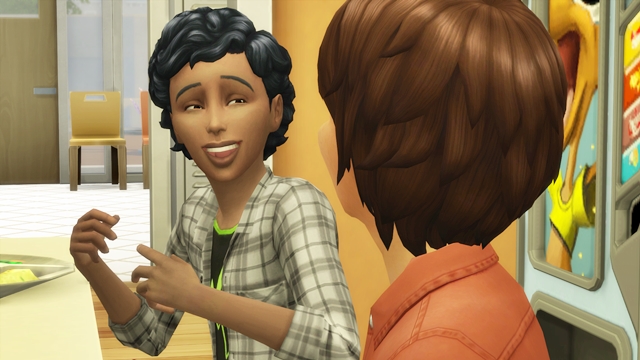 “Thanks, Ollie.” He felt much happier than he had just a few minutes ago. “Sorry if it seemed like I was jealous or something… It just really sucks that Mom didn’t win.”

“At least yours did though! Even if she totally embarrassed you in front of millions of people…” Asher smirked at his friend as he spoke. 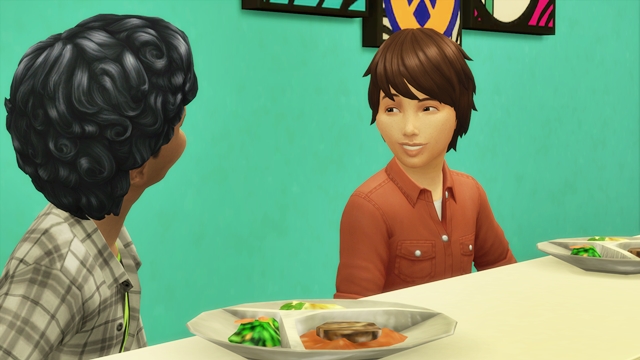 “Hey! I thought you didn’t stay up to watch her speech!” Oliver laughed brightly.

“Looked it up on YouTube this morning when Mrs. Hodge wasn’t looking.” He explained, still grinning. “‘And to my little Ollie, the light of my life – you are my greatest achievement…’”

Oliver snorted at Asher’s spot-on impression of his mother. “Oh my God, shut up!”

The second half of their lunch period was so much better than the first. For a while, Asher was able to forget how jealous and annoyed he’d felt before.

But, unfortunately, he was reminded again at recess.

Because so many celebrities opted to send their children to one of the overly-expensive, super-exclusive schools in the area, there were only a small handful of children at Asher’s school with parents who were Hollywood big-shots — the ones who were more down-to-earth, like Callie, and valued quality education over reputation.

Most days, Asher could almost forget whose parents were famous and whose were not. Sure, minus Oliver, those kids tended to make up most of the popular crowd, but it wasn’t like they talked about their parents or their fame on a regular basis. Their parents’ social status definitely upped their ‘cool’ factor, but nobody ever actually talked about it. It was just this unspoken thing sorta hanging in the air around them, giving off a vibe of superiority and importance. 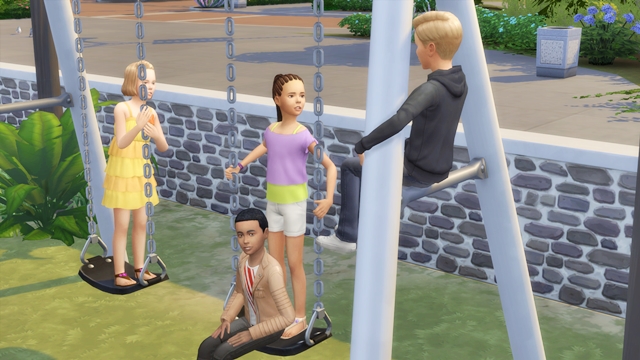 But today was different. Oliver had suddenly become something of a celebrity in his own right — the other kids all flocked around him like moths to a flame, eager to rub elbows with the kid whose mom had just won an Oscar.

Asher held back while the mass of fellow students encircled his friend. Much to his dismay, he noticed that Oliver looked anything but put off by all the extra attention.

“Wow, when’d Ollie get so popular?” Lily had appeared suddenly at Asher’s side, joining him as he watched Oliver with a mixture of awe and disgust. She’d completely missed her friends’ conversation in the cafeteria. As usual, she’d spent her lunch period in Mrs. Hodge’s room doing extra work while she ate (in this case, probably getting a head start on her science fair project).

“Ever since his mom won an Oscar, apparently…” Asher replied with a sigh. “Man… Even Landon’s joining the fan club!” He grumbled. The sight of Landon and Oliver laughing and talking together simply made him feel even more frustrated. 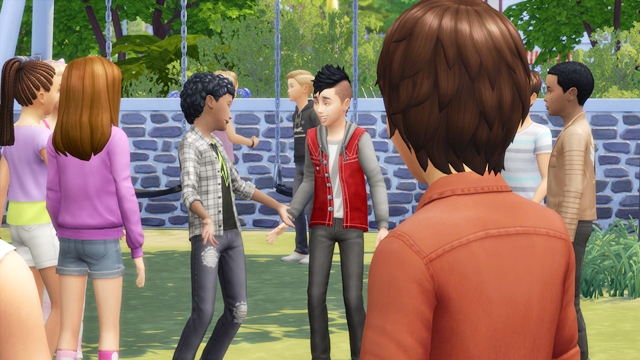 Despite Asher’s usual distaste for the snobby, popular cliques at school, Landon had always been a notable exception. He was a grade ahead of Asher and his friends at school, but well-known and well-liked by students in every grade. His parents were total nobodies, but he’d still managed to become popular on his own merits. He didn’t seem to care about all that fake, superficial garbage like everyone else did. People just liked him for him. And Asher had always admired him for that. But apparently even someone like Landon wasn’t completely immune.

“Oh! That’s right… I almost forgot about that Oscar thing!” Lily replied, and Asher knew that she was sincere. Out of everyone he knew, she was the one who genuinely cared the least about anything related to Hollywood. That was one of the reasons he’d become friends with her in the first place. “Aw, look how happy he is! Hopefully he won’t let it like, go to his head or anything. But I don’t think so. That’s so not ‘Ollie’, right?” She spoke to him at her usual mile-a-minute pace. 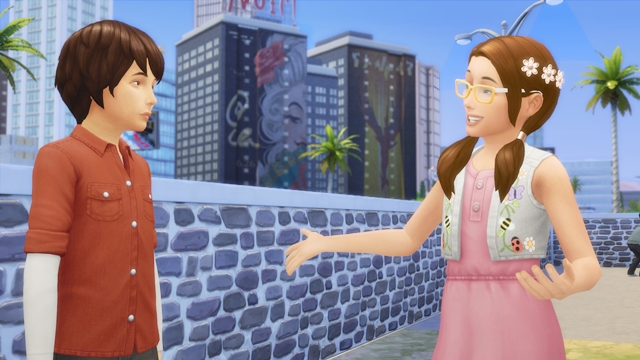 “Yeah, he’ll be fine.” Asher agreed. “Everybody’s just excited. And I guess it IS a pretty big deal… I wonder if everybody would wanna talk to me if my mom won…” Probably not, he realized. As amazing as his mother’s work was, nobody really cared about the costume designer, did they?

Lily shrugged, smiling sweetly at him. “Well I’d wanna talk to you no matter what, Ash. You know that.” 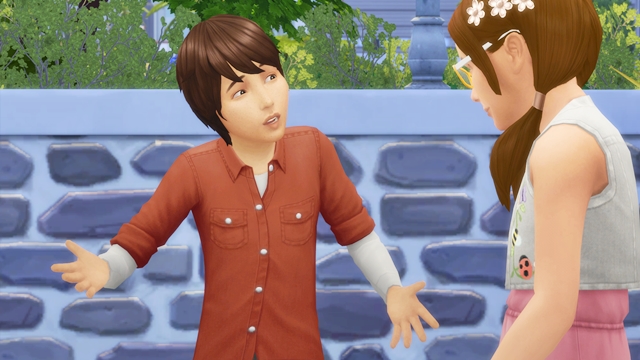 “I dunno… you were blinking a lot. It was weird.”

The girl’s cheeks turned slightly red. “Oh. Maybe it was an eyelash in my eye or something…”

A very strange and awkward silence fell over them for a moment before Asher cleared his throat. “So… did you start your science project?”

Lily nodded enthusiastically, clearly eager to resume their conversation. “Yeah! I’m doing a plant maze! It’s gonna be sooooo cool!” She beamed excitedly at him. “What about you?”

“Still figuring it out.” He confessed. “But I’ve got a few ideas!”

“You’re so smart, Asher. Whatever you do, it’s gonna be amazing! I know it!”

Asher shook his head. “You really think so?”

He burst out laughing at her words. “Pretty sure it can’t go that high, Lil.”

“See?! I totally didn’t know that! Told ya you were smart!”

His friend’s smile flickered. “Is that a good thing?” She asked almost nervously.

“Oh. Good!” Lily’s smile returned just as quickly as it had disappeared. “Hey, I know what we can do! Zoe brought some chalk… Let’s go make a big list of your science project ideas and I’ll help you narrow it down!’

Asher glanced back toward the small throng of children, where Oliver and Landon were still in animated conversation. He let out a soft sigh of disappointment before turning back to Lily. “Sure, okay.” 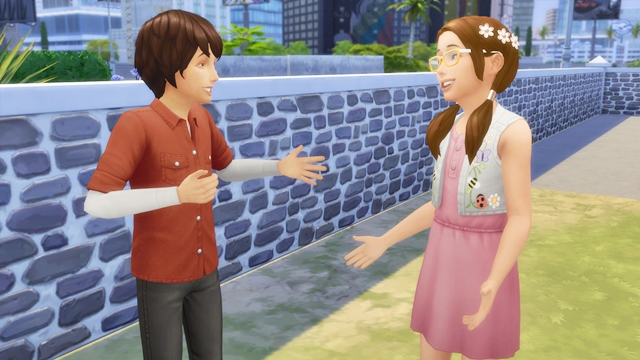 Her eyes lit up at his reply. “Great! C’mon!” She reached out and grabbed his hand then, and Asher had no choice but to follow. 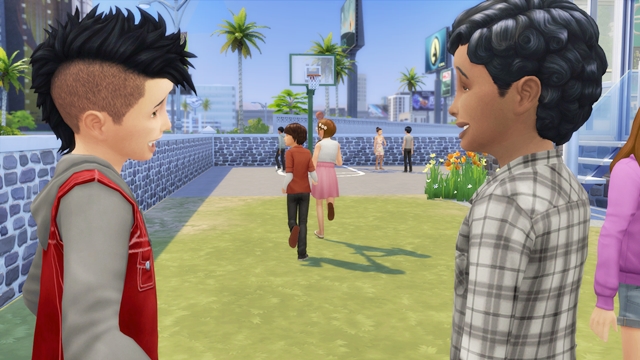