Note: Major issues this morning with posting this one and having the email sent correctly and all that jazz… Hoping you all found this chapter eventually! Sorry for the issues!

I just keep hoping and hoping that one of these days, I’m gonna wake up and realize that this whole thing was just some stupid nightmare. It wouldn’t be the first time it happened. Back when I had that terrible dream about Papa and Serenity, I was SO SURE it was real, you know? Right up until I opened my eyes, I believed it.

But the more time that goes by, the more I’m starting to think that there’s really no waking up from this one.

It’s been more than a week since I’ve talked to… anybody, really. The last person I talked to was Papa. He went down to the same lab me and Xander used, and they took a sample. They still had ours on file, so it was easy.

And, since my life has apparently decided to turn into a fucking soap opera, the results were exactly what we were afraid they would be.

He’s Xander’s Papa. Not mine.

That was the last time I talked to him — when he called me and told me the results. And honestly? I can’t even remember a word I said to him. It was all just this giant blur. Another scene in this stupid nightmare that refuses to just end already.

This is another one of those lame cliches, but I’ve honestly never felt so alone in my entire life.

Xander went back to Paris last week. We decided we both need a little time alone right now. It was great being together and kinda bonding over how utterly fucked this whole thing is… But we realized we need some time on our own too.

It’s still so weird, knowing he’s related to the man who raised me. Sometimes I look at him now, and all I can see is Papa. And that’s so messed up, isn’t it?

But it’s getting easier. And I think it’s gonna keep getting easier too. We had a really long talk about this whole mess before he went back to Paris. And, as beyond-freaking-weird as things are right now, we still love each other. 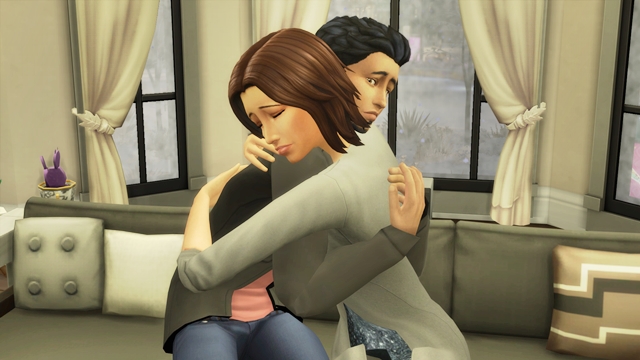 We can’t promise each other how we’re gonna feel going forward, but like… the important part is, we do wanna keep going forward. Or trying to, anyway. We’re gonna work our asses off to try and get past this whole mess. We just need time to… I dunno. Process?

But my apartment feels so empty now that he’s gone again.

I guess that’s why I’m feeling so lost right now. Without him, I don’t really have anybody else.

Talking to Papa still hurts too much. Even if I sit here and start thinking about him for too long, I just start crying again. I don’t know how I can look him in the eye now without my heart breaking into a million pieces. 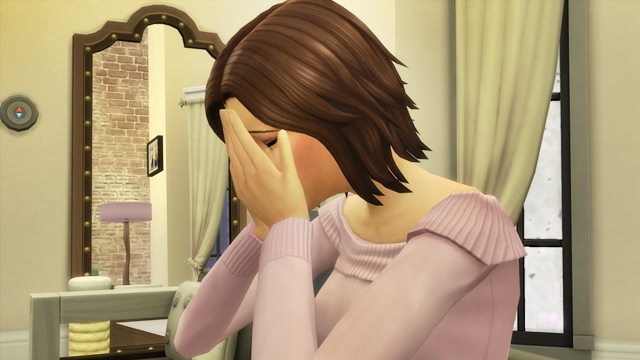 And Mama… Well, if I never speak to her again, it’ll still be too soon. It makes me sick just thinking about her. I’d give anything for it to be the other way around — for her to be the one I’m not related to. But I am. And I hate it. I hate her. And I’ll never forgive her for what she did to me.

I’ve tried calling Tristan a couple times, but even that hurts like hell. Every time I talk to him, all I can think about is the fact that he’s not even my real brother. Not completely, anyway. He’s my half-brother. And he’s Xander’s too. Can you believe it? My boyfriend and I share a freaking brother. How fucked up is that?!

At least he’s on my side in this whole thing. He’s still mad at Papa for cheating, just like I was. But he knows that what Mama did was so much worse. He’s not speaking to her anymore either. Not since she told him. I guess he even asked for a DNA test of his own, just to make sure he’s really Papa’s kid. Yeah… apparently she didn’t like that. But how the hell can she blame him?! Neither of us can trust her now. We’ll never trust her again. 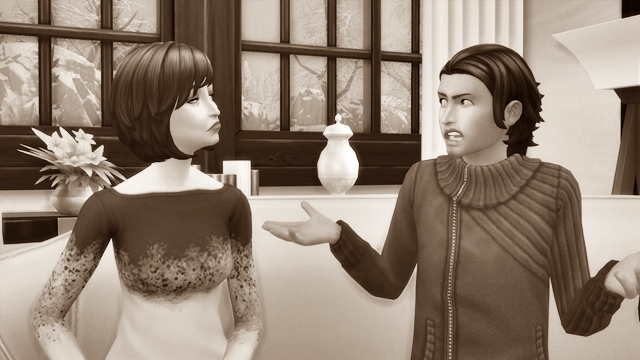 Then there’s Zelda. I never even told her anything, but I know Papa told Onkel Jasper and Onkel Tam what happened. She must have found out from them. And as much as I love her, I just don’t wanna talk to her right now. I’ve been answering her texts, but I’m starting to run out of excuses for why I can’t answer the phone when she calls me.

I’m just not ready for some cheesy lecture, you know? Because I already know what she’s gonna say. She’ll tell me it doesn’t matter whether Papa and I are related. She’ll say it doesn’t change anything.

And I get why she feels that way, obviously. But it’s so different for her. Zelda’s always known that she’s not really related to either of her parents. Not by blood. It was never some big secret or mystery. They were always honest with her.

It’s not the same as finding out that your entire fucking life as you knew it was just one huge lie.

I can’t even stand setting foot in the theater anymore. I still haven’t shown up for my internship in over a week. At this rate, I’ll probably just end up quitting, if Charlotte hasn’t already fired me. I just don’t have the energy for it anymore.

And walking by that plaque dedicated to Jocelyne Rosebrook, or that really old photograph of the symphony orchestra from decades ago, with Mariana Rosebrook right there in the front… it hurts too much to even think about them.

I used to feel so proud, knowing I was related to those women…

But now it just kills me. Because I’m not related to them at all.

Going anywhere in this stupid city totally sucks now. It’s like everywhere I go, there are all these reminders shoved in my face.

The football stadium, with that statue dedicated to Tobias Rosebrook standing proudly out front. 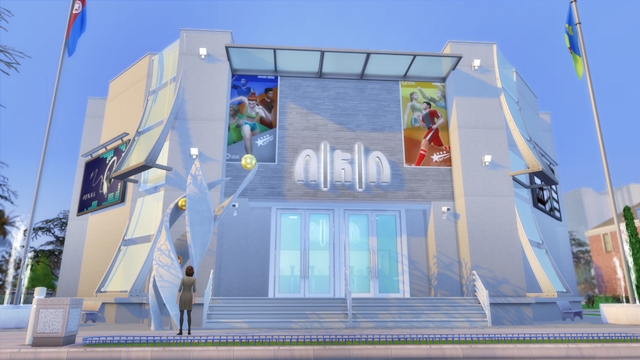 The restaurant my Ur-Opa Zayne opened up… The one my Papa owns now. The one I thought was gonna be mine someday.

Or the library where my Oma Harper worked before she got famous. They still have this big display of all her books right out front. And a few years ago, they even re-named it the Rosebrook Library after Alexander Rosebrook, who spent hours there working on that old ghost story that made him so famous… 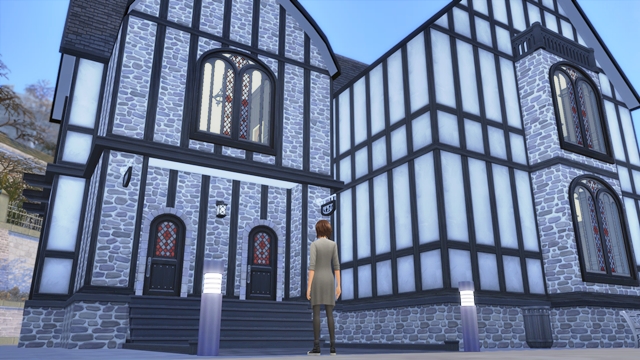 See what I mean? My Papa’s family left their mark all over this city. Everywhere you look, you can see it. And I always thought I’d leave mine here too, someday. That I’d be part of the “family legacy”, or whatever you wanna call it.

But it’s a legacy that was never mine.

I know this probably sounds over-dramatic or something, but I honestly don’t know if I can do this anymore. I can’t stand being here — haunted by a legacy I don’t even belong to, surrounded by family who isn’t even really mine, and a mother who lied to me my whole life…

I’ve gotta get away from all this. I can’t stay here anymore. It’s gonna drive me crazy if I do. 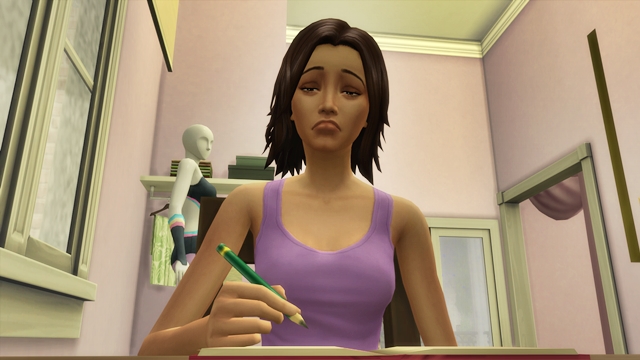 I think I know what I have to do now. Xander and I have already toyed around with the idea a little, before he left. We talked about what we’d do next, once we’d had a little time to ourselves. And I think I know which option’s gonna win.

I’ll call him later and we can talk more. Maybe we can craft an escape plan to get me the hell away from this stupid city.