Note: A couple NSFW shots in this one

The pale yellow liquid shimmered in the candlelight as Gigi stared down into her wine glass. I need more of this. She thought miserably as she lifted the glass to her lips and downed what remained.

Something in the back of her mind told her it wasn’t a good idea to be drinking, but she managed to quickly silence it. I’m being ridiculous, she told herself. It’s fine. 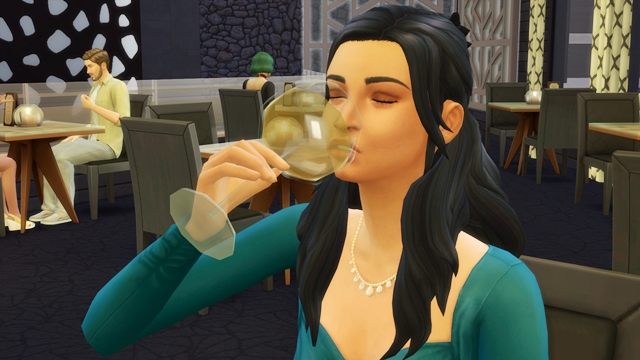 That had been her second glass already. She’d foolishly hoped it would do something to help alleviate some of the pain she felt that evening… but it didn’t. If anything, it almost felt like it was making things worse. Maybe the third one will finally do it. That’s what they always say, right? Third time’s the charm…

But maybe that wasn’t true about everything. It certainly wasn’t the case with Brandon. That was four times… Or maybe it was five. Either way, it was far too many. She should have come to her senses before the first time even happened. But she didn’t. And she’d ruined everything. 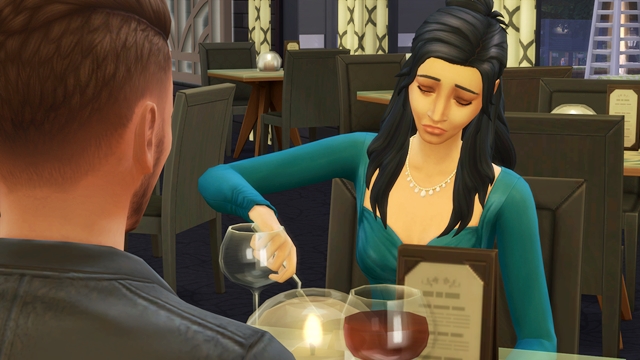 “How’s the salmon?” Phoenix’s voice called her back to the present.

Gigi looked up at him, taking in the sight of the forced smile on his handsome face. How many times has it been for HIM? She wondered, thinking back on all the sudden late nights Phoenix was now spending ‘at the library’ or ‘with his friends’. Gigi felt her stomach lurch at the thought.

“It’s great.” She answered at last, hoping she sounded sincere. “Wanna try some?” 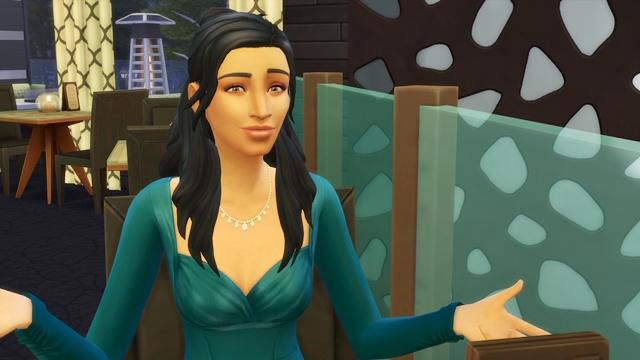 Her husband shook his head, gesturing down at the steak in front of him. “I’m good. Thanks, though.”

They fell back into an uneasy silence as they continued their meals. 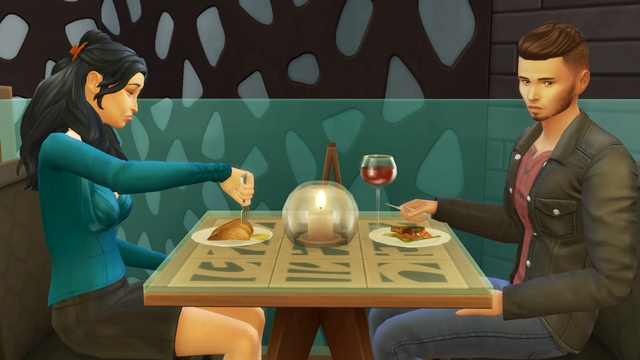 Gigi could practically feel the guilt and shame radiating off of him. She’d felt it for almost two weeks now, ever since that first night he returned so late from Lola’s. God, was I this obvious too, she wondered? Phoenix had never tried to confront her about it. But then, would he really be brave enough to? Of course not.

It was taking nearly every ounce of willpower she had not to confront him right now. But Gigi knew it was neither the time nor the place. And what right did she have to confront him anyway? Why should she be hurt or upset by any of this? He wasn’t doing anything she hadn’t already done herself, was he? 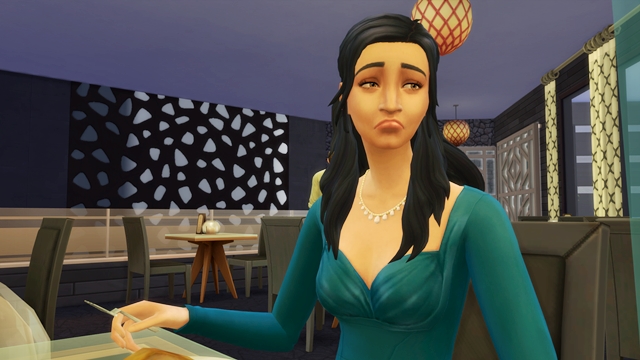 Without warning, Gigi felt the hot prickling of tears in the corner of her eyes. She choked back a small sob as she took another bite of her fish. Keep it together. She told herself firmly. She’d lasted nearly two weeks without shedding a single tear about it… Surely she could last a few more hours.

“Hey, what’s wrong?” Phoenix leaned forward slightly from across the table, his face etched with concern. “Are you alright?” 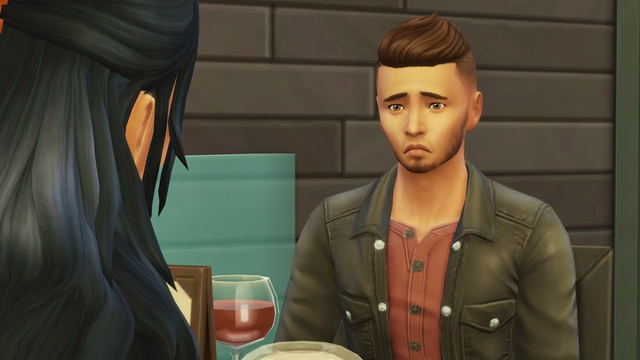 “Yeah… Just tired.” She lied. “Do you think we can box this stuff up and bring it home?”

Her husband nodded. “Whatever you want.” 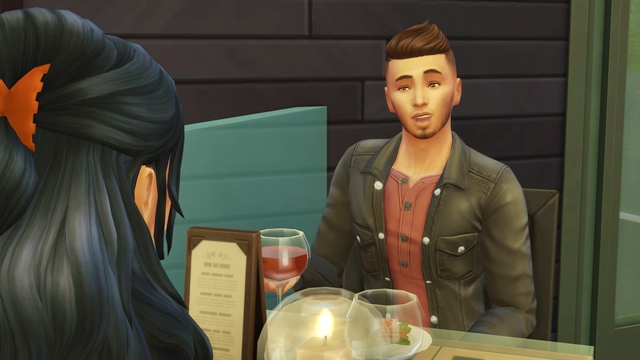 Even now, he still gave in to so much of what she wanted. But Gigi didn’t even have the strength to feel annoyed by it anymore.

“Thanks. And thanks again for dinner too…” Gigi tried her best to smile. “Happy Anniversary.” 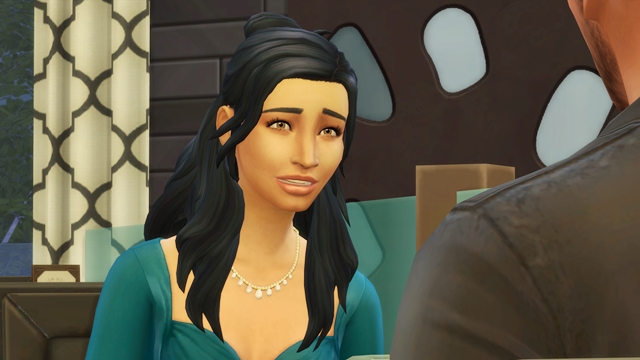 The drive back home was nearly silent. Phoenix had become so quiet and withdrawn lately… and Gigi knew exactly why. She’d felt the same way when she was in his shoes. But she’d had the advantage of having Tam and Jasper there when things were at their worst. It offered a nice distraction from all the pain and guilt she’d felt.

But Phoenix didn’t have that now.

So Gigi decided to try and distract him other ways. 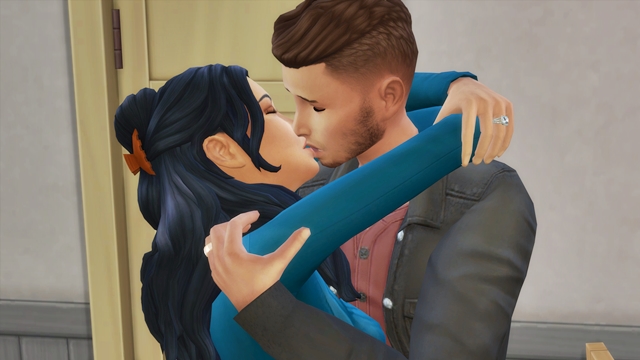 It was easy enough to get him into bed with her once they made it back home. Her husband would never turn down sex with her, even now.

And it was just as satisfying as ever. They didn’t use any of their toys this time, but Phoenix took total control. He held her down and ravaged her body just the way she always wanted him to. 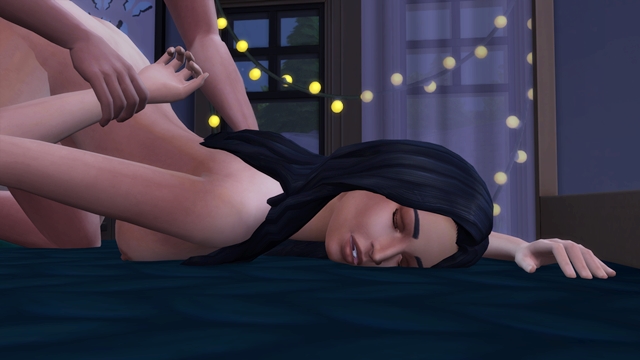 How was it that no matter how terribly things fell apart between them, things always seemed to feel okay when they fell into bed together? No one could ever know her body the way Phoenix did. No one could ever satisfy her the way he could either.

So why had she done it then? 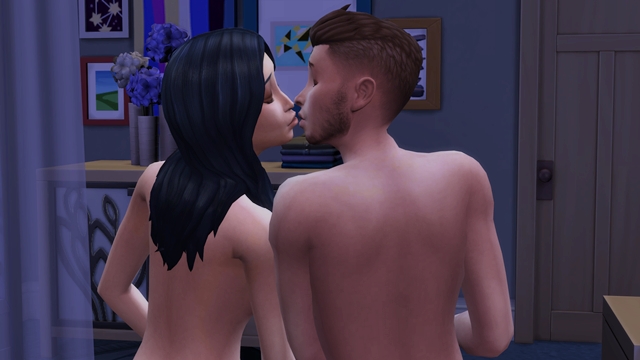 But it was like she’d told Tam… She was tired. No matter how amazing things were in the bedroom, the moment it was all over, she was forced to pretend. She had to act like she was happy. Like she wasn’t miserable. Like everything was okay.

It just felt so good being with someone where neither of them had to pretend for once. She could have fun, be herself, and just forget for a little while.

Was that why Phoenix was doing it too? Was he just as tired of pretending as she was? 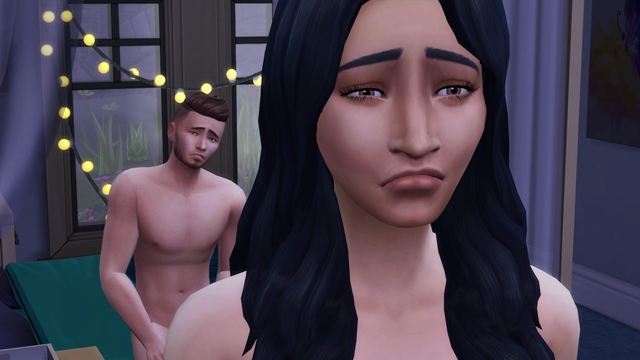 At first, Gigi had thought Tam was crazy to suggest that her husband would make the same terrible mistake she had. And yet here they were. In just a few short weeks, the tables had completely turned.

What the hell happened to us? Gigi wondered as she stepped into the steaming shower. 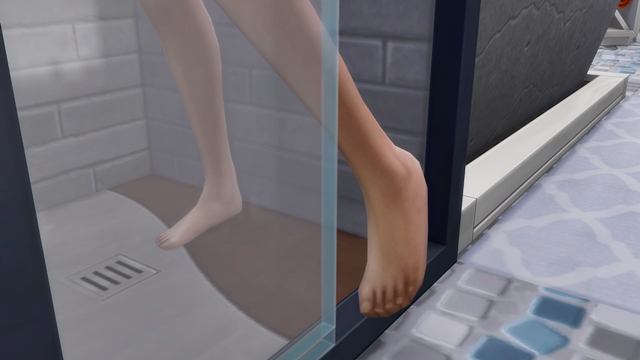 She’d been telling herself for so long that she could wait it out. That it wasn’t worth burdening Phoenix with her troubles. That things would get better.

But now look at where they’d ended up. She’d betrayed him worse than she ever dreamed she would. And now, it seemed he was doing the same to her too. 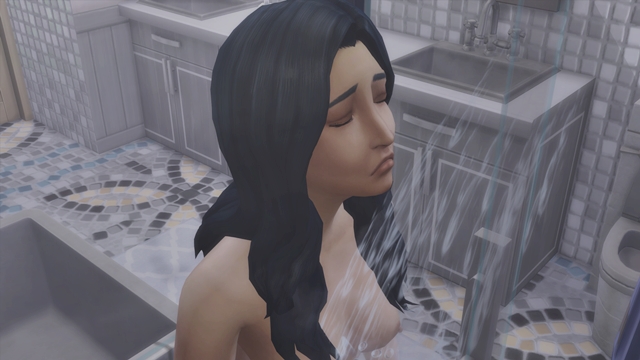 I should have been honest with him sooner. I should’ve let him talk to me instead of pushing him away. But now it’s too late… 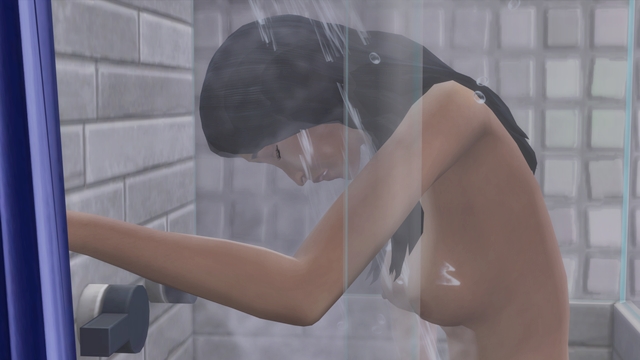 Gigi hadn’t been happy for a very long time. And she knew Phoenix hadn’t been either. And if things kept going the way they had been, it seemed that neither of them ever would be again. Not together, anyway.

And wouldn’t that be easier? To just call it quits and end things? I could go back home to Germany… I could be back where I feel like I belong. 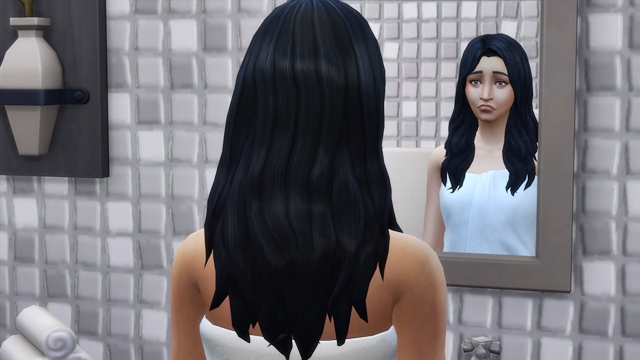 But as tempting as it was, there was something in Gigi’s heart that knew she couldn’t be without Phoenix. No matter how much she’d grown to resent him over the past year, she just couldn’t let him go. It didn’t matter how miserable she felt with him now… She’d be even more miserable without him. She was sure of it. 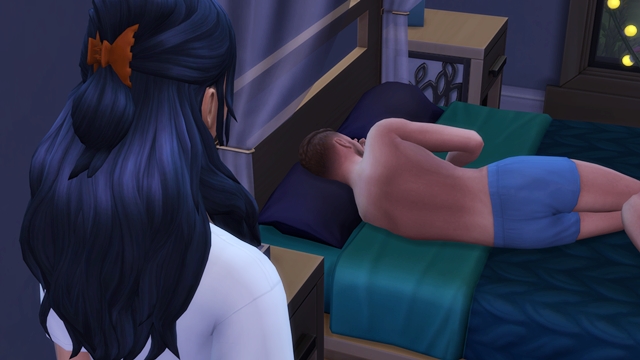 No one, she realized. No one ever could.

Gigi couldn’t let herself lose him. Especially not now. I need him… Maybe more than I ever have before, she silently admitted. 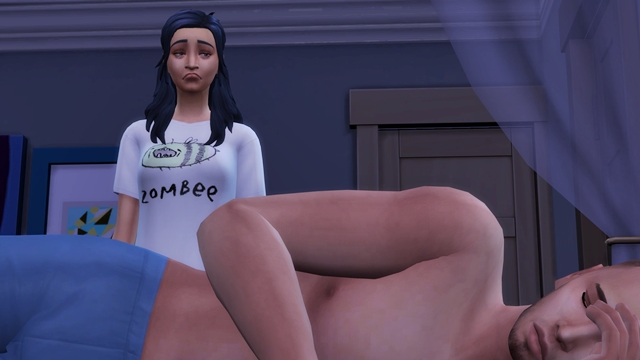 But if she didn’t do something, she’d lose him to Lola forever. Hell, maybe she already had.

All she knew was that she couldn’t just sit back and do nothing anymore. 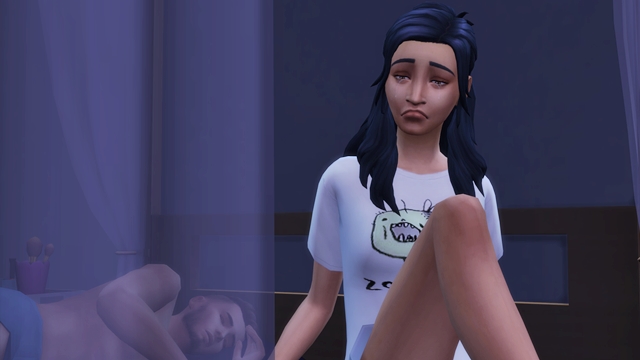 “For better or for worse”… that was the promise they’d made to each other a year ago. And, well, Gigi couldn’t imagine things ever being much worse than they were right now.

But maybe it wasn’t too late to finally make them better. 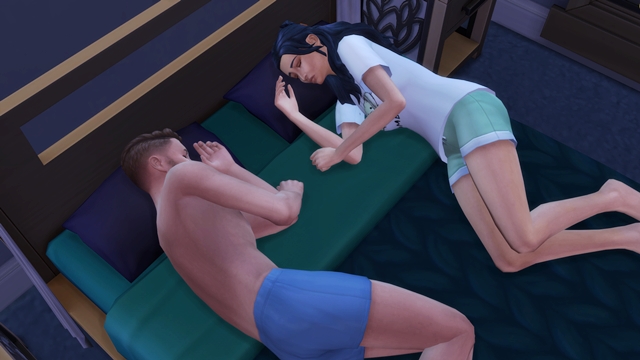