Almost the moment Harper and Devin stepped through the doors of the waiting room, a tiny shrill cry broke through the air. “Hi Mama! Hi Mama!”

Phoenix ran up to his mother instantly, pointing excitedly at Harper’s tiara as he did so. “Mama, you’re a pwincess!” He gasped in amazement.

Oh crap… Forgot to take this thing off! Laughing softly, she crouched down to plant a soft kiss on her son’s cheek.

Behind her, she heard Devin’s deep chuckle. “Nah, I think Mama’s more like a queen… And I guess that makes you the prince!” 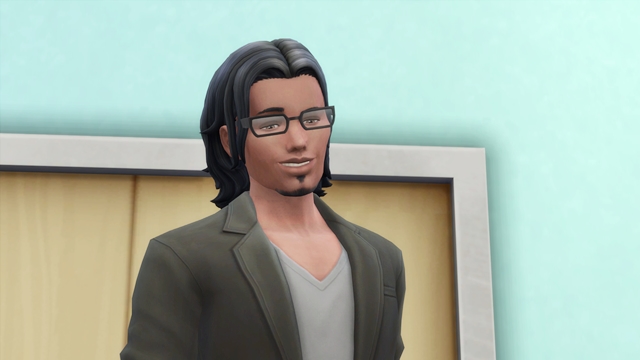 Phoenix looked up at him, smiling. “Pwince Phoenix! Keen Mama!” He cried joyfully before turning to look over his shoulder at Erik. “An’ you’re the king, Papa!” His sweet little voice proclaimed.

His father laughed uncomfortably, glancing uncertainly at Harper as he did so.

“He is.” Harper assured her son with a smile before Erik had a chance to reply. “He’s King Papa… And Rubi’s his queen.” 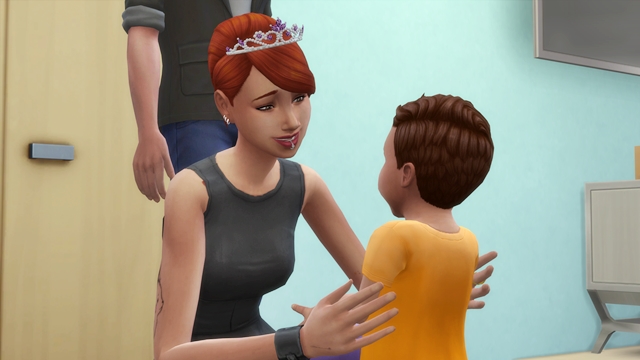 Phoenix’s face lit up instantly. “Keen Wubi!” He looked back up at Devin this time, clearly eager to continue the little game. “You’re a king too! King Dev!”

“Ha!” Devin threw his head back in laughter. “More like the court jester, maybe…” He glanced at Harper and Erik for a moment. “Hey, um… Do you guys need a minute?” He asked uncertainly.

Harper and Erik exchanged a look. She didn’t want to keep Erik from Rubi, but it felt wrong to just grab Phoenix and run. And he seemed to be feeling the same way, from the looks of it.

With a nod, Devin scooped Phoenix into his arms. “Alright, let’s see how good this jester is at keeping his prince entertained…” 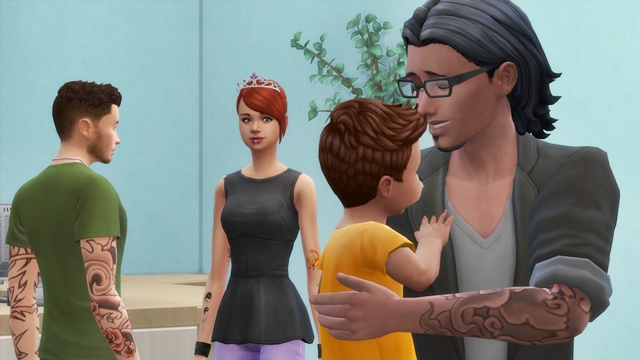 “Thanks again for coming.” Erik said seriously as Devin’s voice trailed away. “I really do feel like shit for ruining your birthday like this.” 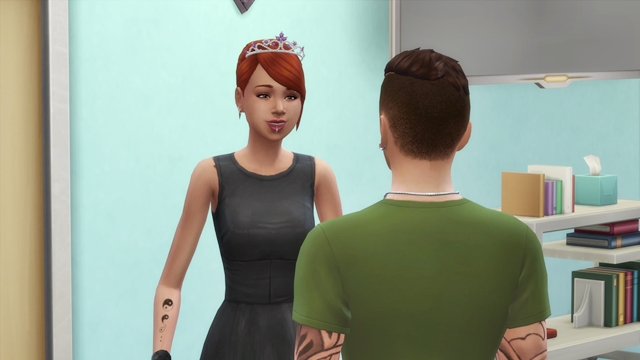 Her ex shrugged his broad shoulders. “Okay, I guess. I called you just a few minutes after we got here, so we haven’t been here long… And I’ve spent most of the time out here wrangling Phoenix.” His lips curled into a smile. “Kids his age aren’t allowed in the delivery room… So you’re seriously a lifesaver. I couldn’t imagine not being in there with her for this.”

Harper felt a sudden heaviness in her heart at his words. Guilt. Being back in that hospital brought back so many memories from when she had Phoenix… And not just pleasant ones either. There were shameful memories as well. Things she wished she’d done differently. Things she’d give anything to change.

“I guess you don’t really have to imagine anyway, huh?” She asked softly.

“What are you talking about?”

Harper took a deep breath before replying. “That night I had Phoenix… I should have called you. No matter how fucked up everything was between us, I should’ve given you the chance to be there. But I didn’t. And… okay, this is over two years late…” For a moment, she almost laughed before her smile disappeared once more. “But I really am sorry for that. I’ll always feel like shit for not making that call.” 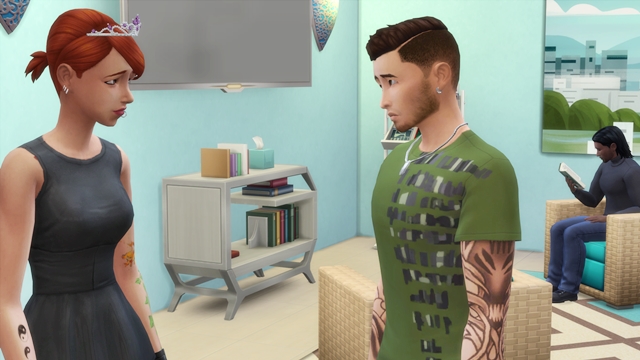 At first, Erik seemed almost at a loss for words. “You really don’t have to apologize, Harper.” He replied at last, shaking his head. “I understand why you didn’t call… I was a fucking mess back then. Not to mention that awful shit I said when I found out you were pregnant… I’m not sure if I ever told you how sorry I am for that.” He turned around for a moment and glanced across the waiting room to where Phoenix sat with Devin.

“I still feel guilty about it sometimes. I look at his little face, and I just… I can’t imagine my life without him. And I can’t believe I ever even dreamed of…” To Harper’s surprise, his voice trembled slightly. “Sorry. This whole baby thing has got me so damn emotional.” Erik laughed softly, hastily wiping his eyes with the back of his hand before finally turning to face her once more. “I’ve gotta stop rambling anyway… I don’t wanna keep Rubi waiting any longer.” 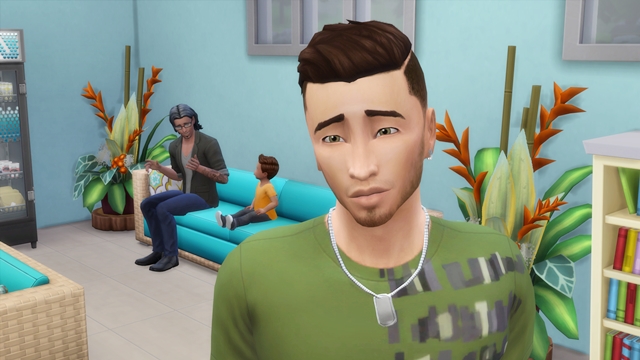 Harper smiled warmly at him. “Yeah, I won’t keep you or anything…” She paused for a moment before continuing, her next words dancing on the tip of her tongue. This was the longest conversation she’d had with Erik since she’d left prison… And if she didn’t say what she was thinking now, who knew when she’d get another chance to?

“But, just so you know, you’re an amazing Papa to Phoenix. I don’t think I’ve ever told you that before… But it’s true. And I appreciate it so much.” She said seriously. “He’s so lucky to have you in his life… And I know this new baby will be too.”

For a moment, Erik appeared overcome with emotion once more. “Wow… Harper, that… That really means a lot to hear. Thank you.” His voice was soft. “And, for what it’s worth, I couldn’t imagine a better Mama for Phoenix. He’s pretty damn lucky to have you too.”

Her smile widened. She couldn’t be sure whether he was saying it out of obligation, or if he really meant it… But it felt so good to hear either way.

Harper gestured across the room toward Devin and Phoenix then, beckoning them back to her. She’d already taken up enough of Erik’s time… He needed to be with his wife. “Come say bye to Papa, Phoenix.” She called gently.

“Bye-bye, buddy.” Erik gave his son a squeeze. “Be real good for the Birthday Queen, okay?”

Phoenix nodded. “I wanna say bye to Keen Wubi too!” His large brown eyes darted around the room for a moment. “Keen Wubi?”

Erik shook his head. “Rubi’s really busy now, buddy. But when you see her again, your baby brother’s gonna be here too. And he’s gonna be so excited to meet you!”

“Yay! Baby Pwince!” Phoenix threw his hands in the air at his father’s words, earning laughter from all three adults around him. 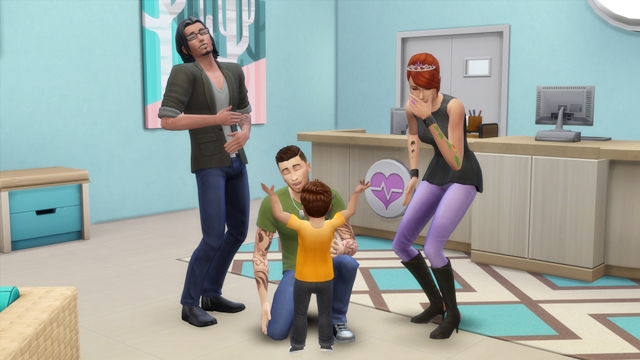 “Alright, little prince. Let’s go home and get you to bed.” Harper bent over and lifted her son into her arms as she spoke.

After a moment’s hesitation, Devin extended a hand toward Erik, smiling slightly. “Good luck with the baby, Erik… And congratulations.”

The other man accepted the gesture with just as much uncertainty. “Thanks, Dev.”

Erik’s green eyes flicked back toward Harper for a moment. He gave her one last smile before turning on his heel and disappearing through the heavy double doors that led to the delivery rooms. 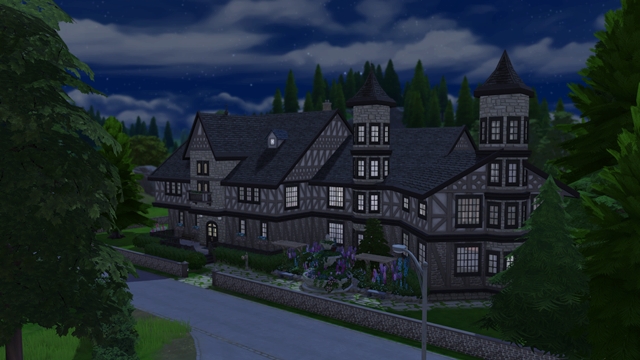 “Well that was easier than I expected.” Devin whispered as Harper closed Phoenix’s bedroom door behind them.

She smiled slightly as she led him back down the long upstairs hallway. “It’s like five hours after his bedtime… I knew he’d be out like a light. Hopefully he’ll sleep in for me tomorrow though…” Harper’s words were interrupted with a heavy yawn. It had been such an exhausting day. She was more than ready for some sleep of her own. 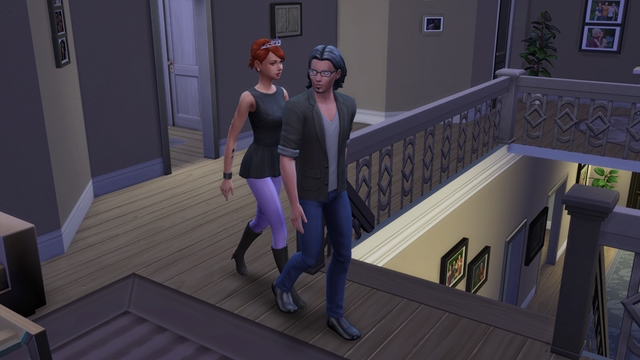 Devin said nothing as they made their way down the stairs. He seemed just as tired as she was, and Harper couldn’t blame him. When she’d brought him back to the club after getting Phoenix, she’d expected him to just get his car and head home. Instead, he’d insisted on following her back to her place to help put Phoenix to bed. He’s always so sweet like that… God, what did I ever do to deserve him?

“Thank you again, Dev… For everything.” She said seriously as they finally reached the front door.

His lips stretched into a smile. “No problem… Sorry everything kinda fell apart tonight. But I hope you still had a good birthday?”

“One of the best I’ve had in a long time.” Harper returned his smile. “Seriously. It was perfect.”

And she meant every word. She got to spend the evening with her best friends in the world. Rylie and Katie finally found the happiness they both deserved. It felt like she and Erik finally had that last bit of closure they’d both so desperately needed. And best of all, she felt closer to Devin than she ever had before. 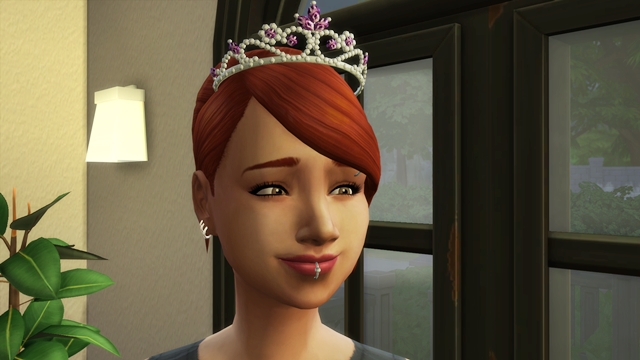 “I’m glad it lived up to your expectations, my queen.” Devin teased, giving her a small bow as he spoke.

Harper failed to stifle a few giggles. Shit. I STILL never took that stupid thing off! “Mm, I could get used to this whole ‘queen’ thing.” She replied with a little wink. “But what was that nonsense about being the court jester?”

“No way.” She shook her head slowly. “What about a knight in shining armor instead? Lord knows you’ve swept in to rescue the queen plenty of times.”

“Maybe… But she’s gotten pretty good at saving herself too, y’know.” He replied seriously. “Not sure she really needs a knight in her court anymore.”

Harper felt her heart warm at his words, but she couldn’t help another small laugh. “Okay, this royalty metaphor is getting really freaking weird.” 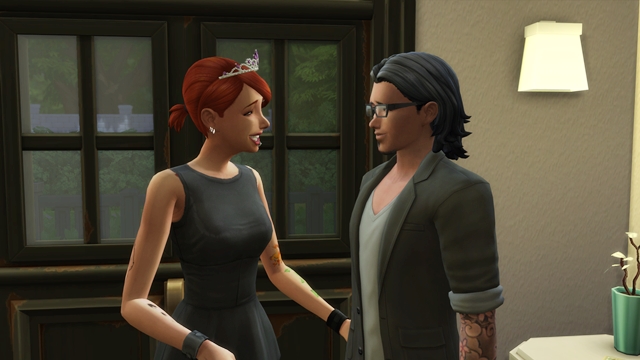 “Aw, you think so? I was kinda getting into it, actually…” Devin chuckled softly for a moment. “Seriously though, I’m glad you had fun tonight. And… And I’ve kinda been thinking about that stuff you were saying to me earlier. Before Erik called…”

“You were?” She asked almost hopefully. Harper knew she was awful at explaining her feelings… But she hoped he’d understood what she was trying to say. 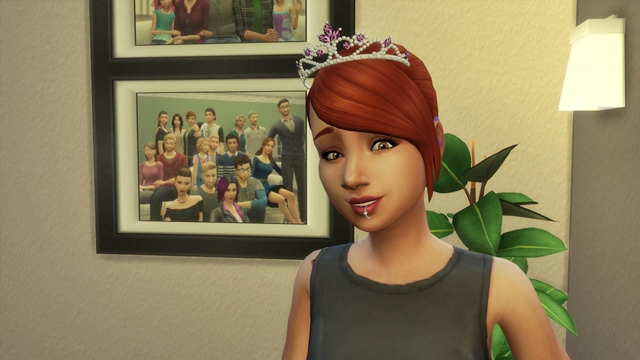 He nodded. “So I was thinking… Do you wanna get dinner together sometime this week?” He asked. “I think we’re both off Tuesday? If, uh.. If you want to, I mean.”

Harper blinked. That definitely hadn’t been the response she was expecting. Why was he changing the subject all of a sudden? “Um… sure, I guess!” She replied at last. “Richard’s, maybe? Or the tavern?” She rattled off the names of a few of their usual hangouts.

“I was actually thinking somewhere a little fancier… Like The Front Room, maybe?” Devin eyed her significantly as he spoke.

The Front Room? That’s one of the swankiest restaurants in the entire city! Harper’s eyes widened as the true meaning behind his words finally hit her. It was as though her heart had stopped beating.

“Dev… Are… Are you asking me on a date?” Her voice was barely above a whisper. 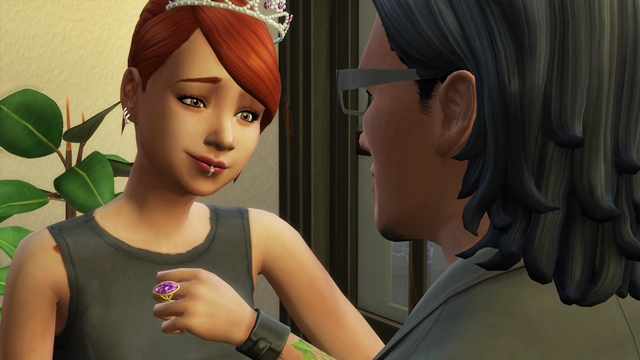 He chuckled nervously. “Um, y-yeah… I guess I am.” 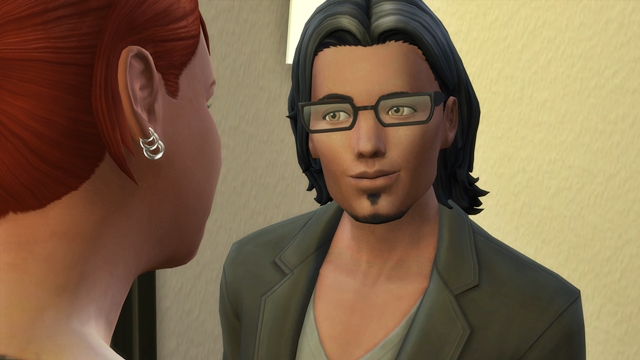 Harper let out a breath she hadn’t even realized she was holding. “You ‘guess’, huh?” Her cheeks almost hurt from how much she was smiling. “Well, then… I ‘guess’ I’ll see you Tuesday, then.” 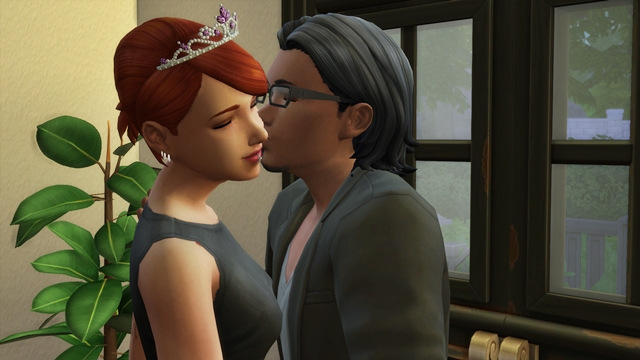