It’s already been nearly three weeks, and it hasn’t gotten any easier.

I took down all the pictures of us together. I thought that would help, y’know? I shoved them all in a box in the back of my closet… But that doesn’t stop me from still seeing her. All the damn time. Everywhere I look.

Sometimes I still find little things she left behind — a stray bobby pin or hair tie. A bottle of nail polish. Some half-empty lotion or perfume. The stupidest little shit that shouldn’t even matter. But every single one of them is just another reminder that she’s not here anymore. And it kills me.

It’s so fucking pathetic, but I can’t even jack off anymore without feeling miserable. Sometimes I even end up crying afterward.

And every morning when I wake up, I still expect to see her lying next to me. And when she isn’t, it’s a fucking punch in the gut all over again.

I just don’t know how I’m ever gonna move past this. Maybe I never will.

I swear to God I’m trying though.

Like I said, I took down all the pictures of us. I packed up some stuff she’s given me and shoved those in the closet too. I didn’t have the heart to unfriend her on Facebook, but I deleted my messenger app. I can’t even stand seeing her online. Every time I do, I wanna talk to her… But I know that’s such a bad idea.

I just wish my family realized that talking to me right now is a bad idea too. Tante Joce and grandpa keep hounding me all the time — asking me how I am, offering to ‘talk’ or give me advice that I didn’t even ask for. I haven’t been by the house since Hope left, and they haven’t tried breaking down my door yet, thank God. But they keep calling. Like, almost every day. And I wish they’d just leave me alone.

Dom, Remi, and Charlie have been a little more persistent. And by “persistent” I mean “showing up unannounced and being annoying as fuck”… But I’ve gotta admit that some days, it does help a little to have them around.

Dom’s probably been the least helpful out of everyone though. He keeps going on about ‘being on the rebound’ and offering to be my wingman so I can find some girl to bang. But he doesn’t get it. Sleeping around isn’t gonna do shit to make me feel better. I don’t want to have sex with anyone right now. And it’d just be humiliating anyway… I mean, if I can’t even jack off without turning into a sobbing mess, imagine if I tried to have sex with someone. I’m not gonna put some poor girl through that. No fucking way! 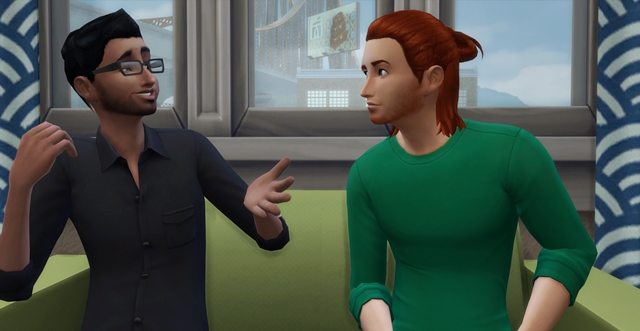 Remi’s always been an “out of sight, out of mind” type of guy – so he’s been all about trying to get me doing things Hope was never into. Playing video games, going to the arcade, watching sci-fi movies, stuff like that. And… actually, that’s been helping more than anything else. Especially going over to his and Layla’s place instead of hanging around the apartment.

But it’s only a temporary fix. A few fleeting hours of happiness. As soon as I get back to the apartment, I’m back to wanting to curl up into a ball and never talk to anyone ever again.

And then there’s Charlie. She and Hope actually became pretty good friends over the past few years, so this whole thing has really been bumming her out too. I can tell. But she tries really hard not to show it whenever I talk to her. Instead, she’s been trying to be all encouraging. “Throw yourself into working on the restaurant”, she keeps saying. “This is your chance to turn this into something good.”

As if it’s actually that easy! It’s not. At all.

Some days, I try to do what she says. Back when Hope and I were on our “break”, I finally sent that email to my old boss, and we’ve been talking back and forth a little bit since then, even after Hope left. She’s actually been giving me some decent advice, much as I hate to admit it. I guess asking for help wasn’t the worst thing in the world after all. Not this time, at least.

But I haven’t really done anything with the advice yet. I just haven’t felt like it. It’s like… what’s the point anymore? Know what I mean?

Don’t get me wrong — I’ve been dreaming of having my own restaurant for a long time now… But that was when I had Hope here with me. Pushing me. Supporting me. Believing in me.

Then everything went to shit.

I screwed everything up because I was a jealous fucking coward. And Hope… Well, she didn’t make things any better either, really. It turned into such a huge mess.

She was right — we really were holding each other back. And that’s what Charlie keeps saying too. She keeps trying to convince me that this can finally be my chance. And I get what they’re trying to say. But I just can’t find the motivation to do it anymore.

It’s like I can’t win no matter what I do. Having Hope here made me feel so pressured and afraid. Insecure. Jealous. It was eating away at me. It made it so damn hard to be brave enough to move forward.

But now that she’s not here… Why even bother? There’s no point anymore. She was everything to me.  And without her… Well, is anything worth it anymore? 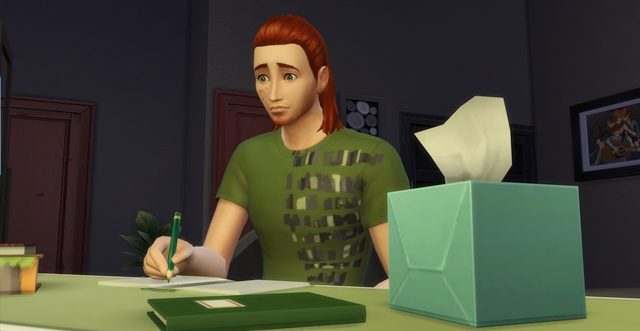 Anyway, needless to say, things fucking suck right now. And the worst part is, I know it’s my own damn fault. But there’s nothing I can do to change the past now, no matter how much I want to.

So that’s pretty much my life now. I put up with Dom and Remi and Charlie when I have to. I avoid Tante Joce and grandpa like the plague. I eat takeout every night because it’s too damn depressing cooking for just me. I try to convince myself there’s a reason for getting out of bed in the morning.

And I keep hoping that someday things will be better.