Come on, come on…. Jocelyne paced back and forth impatiently in the tiny bathroom. Was it really supposed to take this long? 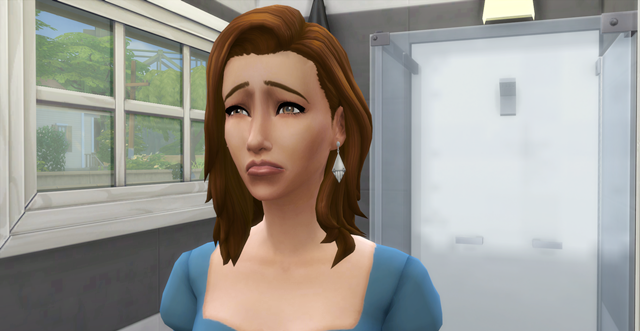 She double-checked the back of the box. Two minutes, it said. Hadn’t it been at least ten? Twenty? It certainly felt that way.

How had she been so foolish, so careless? Hadn’t she and Elliot been careful? Jesus, this is a family curse or something. She thought bitterly. Unplanned pregnancies had plagued her family for years, it seemed. God, with my luck, it’ll wind up being twins, won’t it?

Jocelyne shook her head. She was jumping to conclusions. She didn’t know for sure yet, did she? Yes you do. A small voice in the back of her mind seemed to answer. This is just a formality. And you know it. 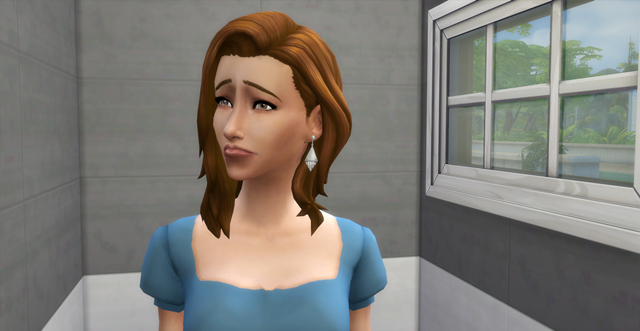 Still, she needed to know for certain. Jocelyne couldn’t stand wondering anymore… Though if it weren’t for Clara, she probably would have put it off for even longer. For weeks, she’d been in denial. Terrified. Refusing to see the truth.

But everything changed when she went back home for her aunt’s wedding. Seeing Clara again did something to her. It made her feel so vulnerable. It made her want to open up to someone for the first time since she’d left home nearly a year ago. 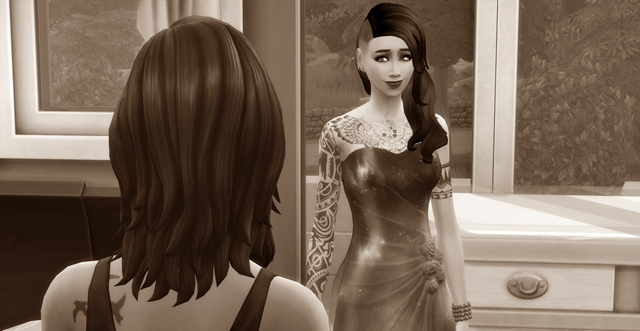 “Jocelyne, promise me you’ll take a test he second you get back, okay?” Clara had told her. “And for the love of God, TELL HIM if it’s positive. Don’t wait. You know what it did to me and Florian.”

“Yeah, I know.” Jocelyne had reluctantly agreed. “Thanks, Clara.” She knew her aunt was absolutely right. “Have I ever told you how hopelessly lost I am without you?” She’d teased.

“Yes.” Her aunt replied with a laugh. “But feel free to remind me again.” 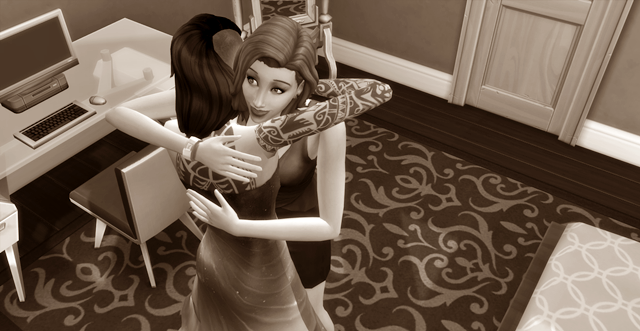 Jocelyne bit her lip as the memory faded and she was called back to the present. This time she knew it had to have been more than two minutes. It was now or never.

So she took a deep breath, stepped toward the tiny bathroom sink, and looked. 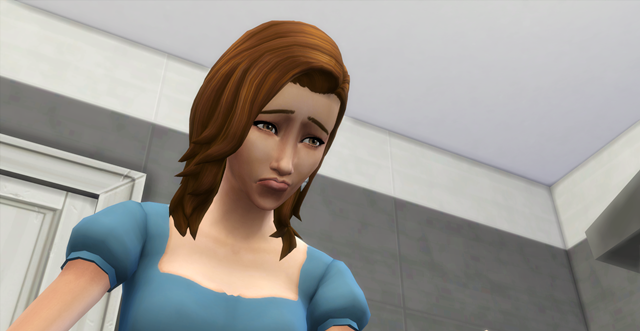 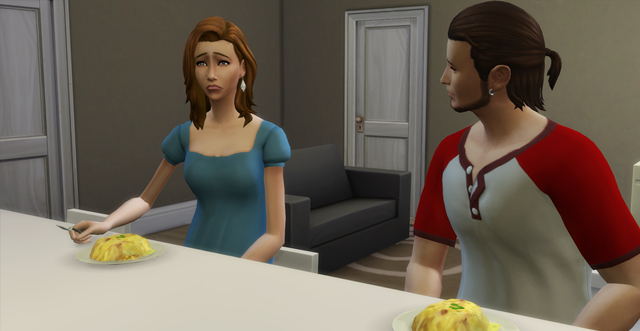 “Babe, are you sure you’re okay?” Elliot’s deep voice called from beside Jocelyne. 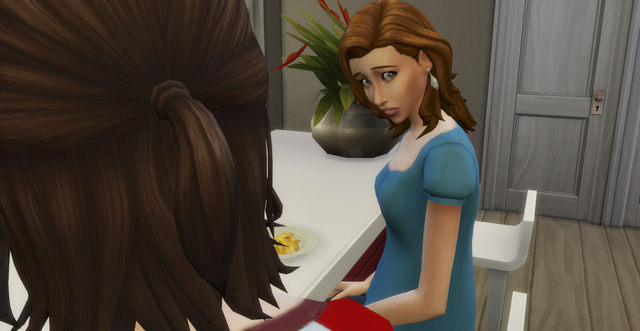 Her boyfriend nodded in understanding. “Yeah, that’s always pretty lame… Worth it though, right?” Elliot smiled. “I know you don’t get along so well with all of them, but it was cool seeing your family again, wasn’t it?”

Jocelyne shrugged. “I guess you could say that.”

‘Cool’ was not exactly the word she would have picked, but it definitely went better than she’d been expecting it to. And if she was being honest, Jocelyne missed her family much more than she was willing to admit. It felt good seeing them again. 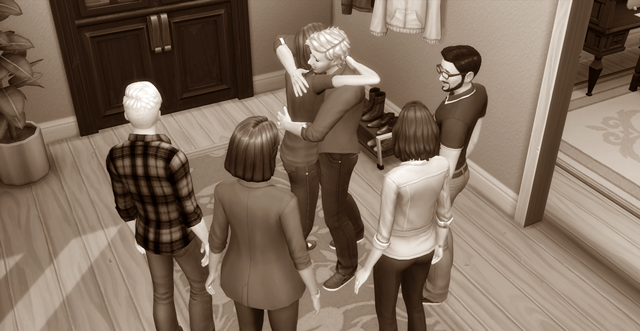 Well… Most of them. 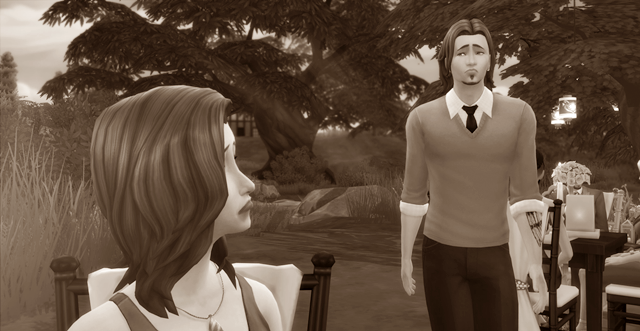 “It really sucked not being able to go this time.” Elliot continued. “Damn finals…” He sighed. “You know I’d love to meet your family.”

Jocelyne tried to smile. “I’m sure you will, eventually.”

Probably sooner than I’d like. Jocelyne felt sick with dread. 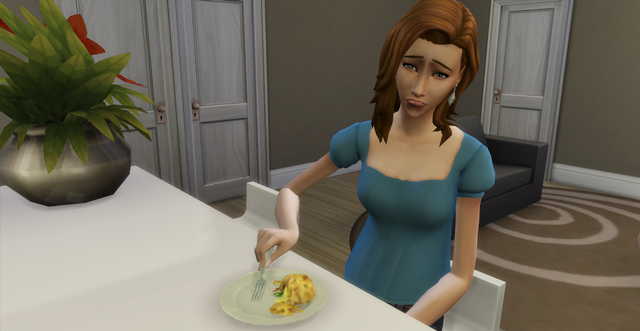 She’d been working so hard to keep things casual between her and Elliot these past few months. But things wouldn’t be casual anymore. They couldn’t be.

“Um… Elliot?” Jocelyne cleared her throat softly. “I… I actually did have something that I wanted to talk to you about.” She couldn’t put it off any longer, could she? What would be the point? 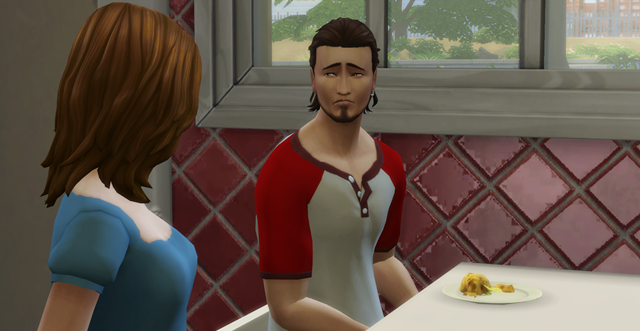 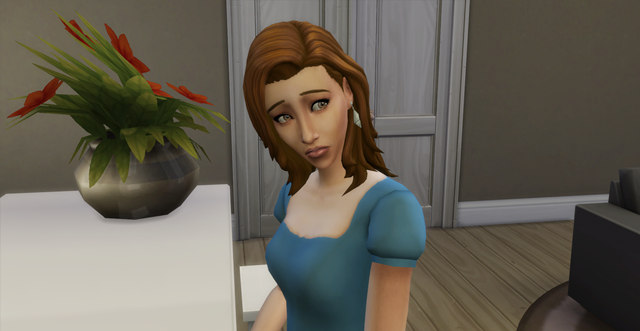 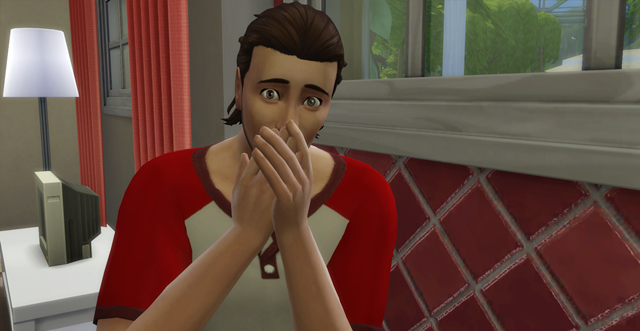 “Shit. Wow.” Elliot shook his head slowly. “That’s… Wow. How the hell…? Well, I know how…” He paused. “Sorry, I just… This isn’t exactly something I was expecting.”

“Yeah..” Jocelyne’s voice was somber. “Me neither.” 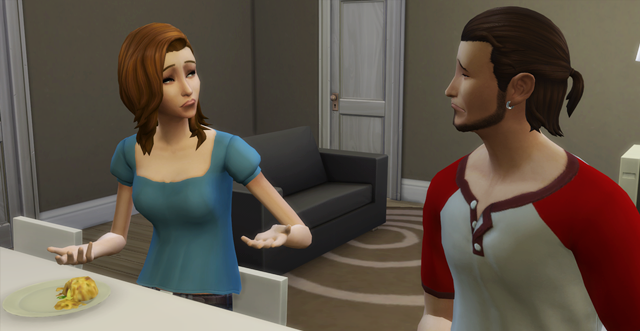 “But… This doesn’t have to be a bad thing, does it?” Elliot said uncertainly. “I mean, we can talk about it. And… I guess I’d like a say in things.” He admitted. “But we can work it out together, can’t we? And, I mean, if you don’t wanna…” Elliot paused for a moment. “I just mean that I’ll back you up, okay? And I won’t like, force you to do anything. Or not do anything. Or…” His voice trailed off and he left the thought unfinished. 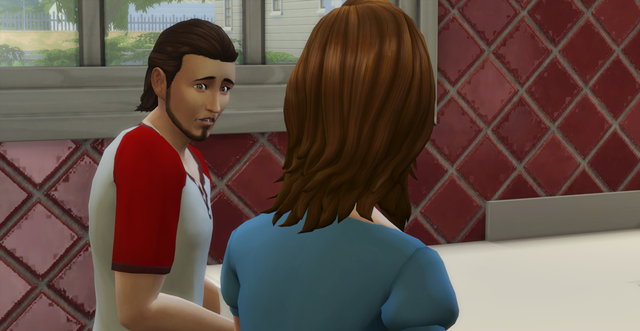 Jocelyne almost smiled. He’s such a good guy. She thought. So sweet. He deserves so much better than someone like me.

Or at least, he deserved someone who loved him.

When she reconnected with Elliot all those months ago, the couple had started out as nothing more than friends. But it soon became clear that Elliot’s feelings for her had not faded in the months they’d spent apart.

And finally, one day, he’d opened up to her. 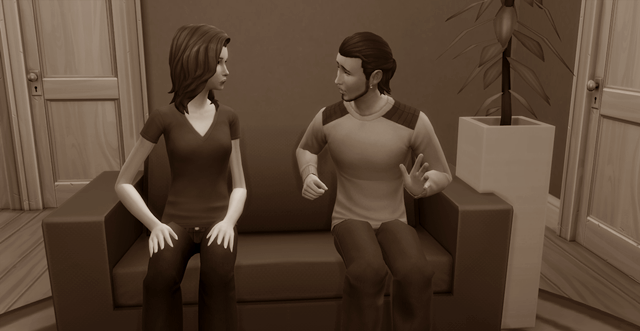 “Y’ know, you really hurt me when you dumped me, Jocelyne.” He’d told her. “I tried to hide it, but I was so sad and upset… But… I was never mad at you. I just liked you too much, y’know? And it wasn’t your fault that you didn’t feel it too. But… Now that you’re not with Mark anymore. And like, since you’re all the way here in Willow Creek…” He’d been so nervous. He stumbled awkwardly over his words as he spoke. 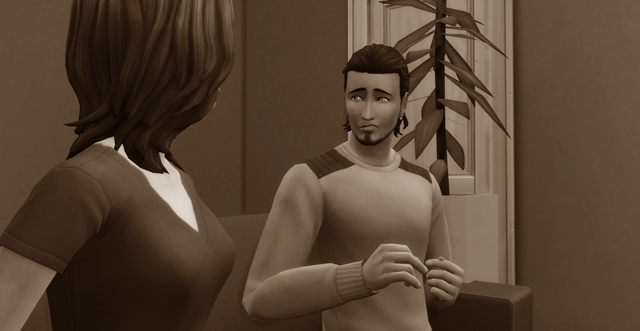 “Look, I don’t wanna get hurt again.” He confessed. “But… if you’d be willing to give me another chance — a real chance — then I’m game if you are.”

He was so sweet. So honest. So damn sexy.

And Jocelyne was so lonely.

How could she say no? 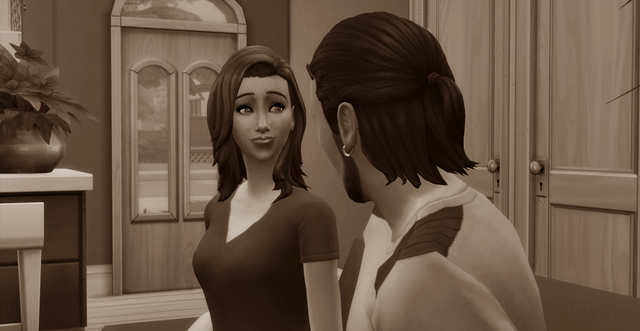 Elliot was loving and kind. He was funny. Pretty smart. Amazing in bed. He was fun. He treated her well. He made her happy enough.

But she did not love him, no matter how much she wanted to. 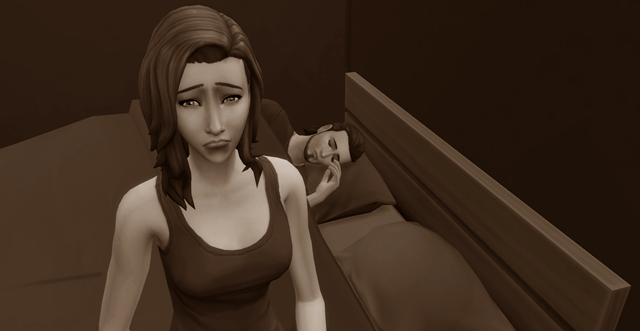 Jocelyne had always wanted children. She’d always imagined  she’d be a mother one day. But she also imagined the father would be someone she loves. Her best friend. Her soulmate. Someone like… 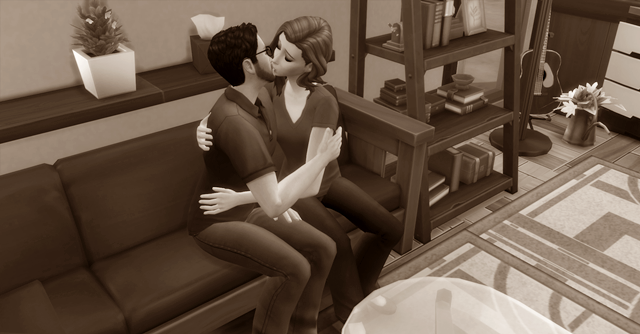 The girl shook the thought from her mind.

I don’t love him YET, but… Jocelyne looked at Elliot intently for a moment. Could she learn to?

Maybe having a baby would bring them closer together. Maybe starting a family with someone else would help her finally get over Mark…

At last, she opened her mouth to speak. “So… the timing isn’t exactly great.” Jocelyne said slowly. “I mean, I guess I don’t feel 100% ready to be a mother yet, y’know?” 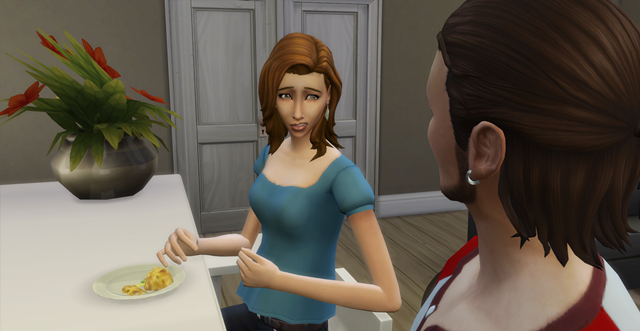 “But…” She continued. “I think you’re right. This doesn’t have to be a bad thing.” Jocelyne took a deep breath, a small smile coming to her lips. “So, if you’re willing to give this a chance… I’m game if you are.” 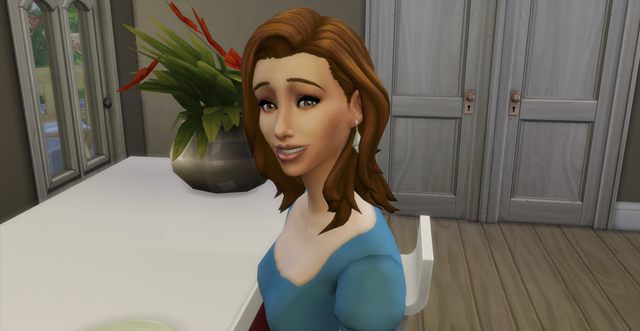 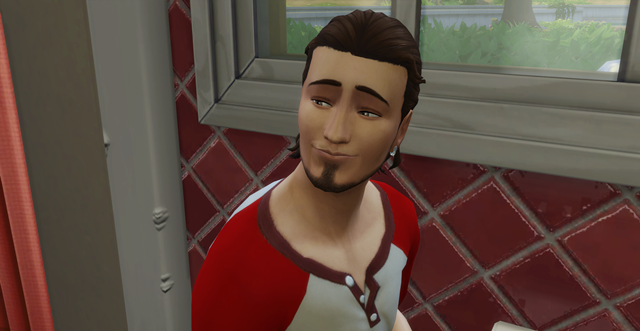 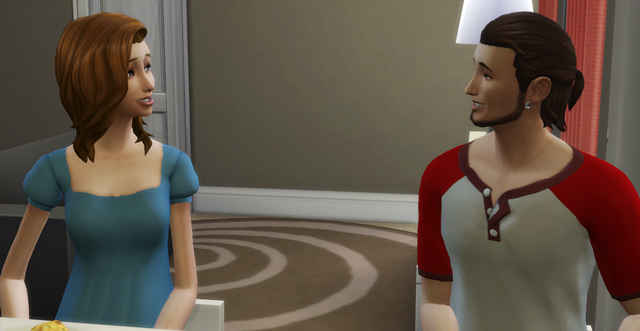